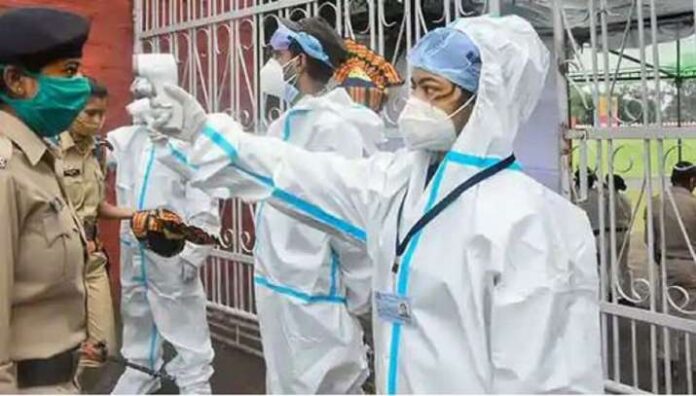 Mumbai: Maharashtra continues to witness a spurt in coronavirus cases despite lockdown announced in a number of districts including Amrawati and Nagpur. On Friday, the state reported 15, 817 new virus cases, with 56 fatalities, according to the daily health bulletin.

Notably, this is the highest single-day surge in Maharashtra’s coronavirus daily tally of new cases in 2021. The fresh cases were reported from Greater Mumbai (1,647 cases), followed by Pune (1,845 cases), Nagpur (1,729 cases), Greater Mumbai (1,647 cases), Nasik (715 cases), Aurangabad (609 cases), among other districts and cities. However, with the latest figures, the fatality rate in the state has dwindled to 2.31 per cent.

According to data released by the state government, 11,344 patients were discharged from hospitals on Friday. The total number recoveries in the state has reached 21,17,744, taking the recovery rate to 92.79 per cent in the state. However, according to the data, there are still 5,42,693 people in home quarantine and 4,884 people in institutional quarantine.

In view of a steady rise in Covid-19 cases in the state, the Uddhav Thackeray-led Maharashtra government had earlier announced a semi-lockdown or restrictions in several cities and districts – Nagpur, Pune, Amrawati, Akola, Buldhana, among others – in the state to stem the spread of the disease. However, no such restriction was imposed or announced in the capital city.

Meeting held to review Covid-19 situation in the state: Amid a steady rise in the number of Covid-19 cases in the state, the chief secretary of Maharashtra Sitaram Kunte held a meeting on Friday with divisional commissioners, collectors, municipal commissioners, chief executive officers of zilla parishads and district police chiefs.

According to sources, officials of Pune and Nashik divisions- two hotbeds of virus – were part of the meeting. Sources also said that the authorities will conduct reviews in all the districts which have witnessed a spike in virus cases. Each district would focus on containment zone measures by increasing the number of tests, sources added.