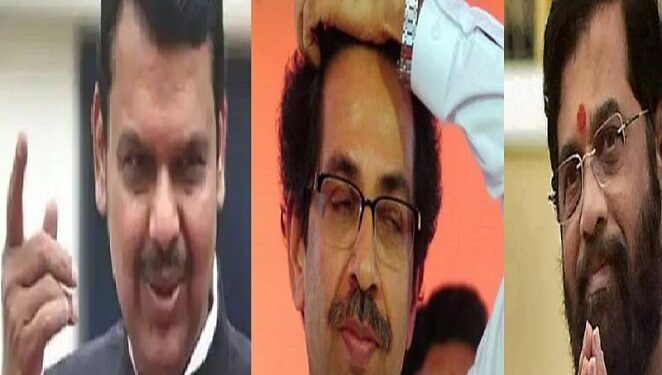 The Uddhav Thackeray government in Maharashtra appears to be in trouble after minister and Sena leader Eknath Shinde reportedly moved to a hotel in Surat in BJP-ruled Gujarat with 21other party MLAs. Maharashtra political crisis: Devendra Fadnavis CM, Eknath Shinde deputy.

Anything can happen in Maharashtra politics. In recent development some political experts says that Devendra Fadnavis can become chief minister again in Maharashtra. The total strength of Maharashtra Assembly is 288. With one legislator dead, the number is down to 287. This means the majority mark in the Assembly, in the event of a trust vote, is now 144. Eknath Shinde, Shiv Sena minister, left Mumbai around 1.30 am along with 21 MLAs for Surat, the citadel of the BJP.

The Maha Vikas Aghadi government of the Sena, Nationalist Congress Party (NCP) and the Congress currently has 152 legislators. The Sena has 55 MLAs. 21 MLAs out of them and an Independent are learnt to be holed up in the Surat hotel. If these MLAs led by minister Eknath Shinde resign, the Uddhav Thackeray Sena’s number comes down to 34.

This would bring down the Maha Vikas Aghadi’s strength in the House to 131. With 22 MLAs resigning, the new majority mark in the House will be 133. The BJP is now claiming support of 135 MLAs, more than the majority mark. But If these 21 Sena MLAs try to switch over, they will need to resign under the anti-defection law and get elected back in bypolls.