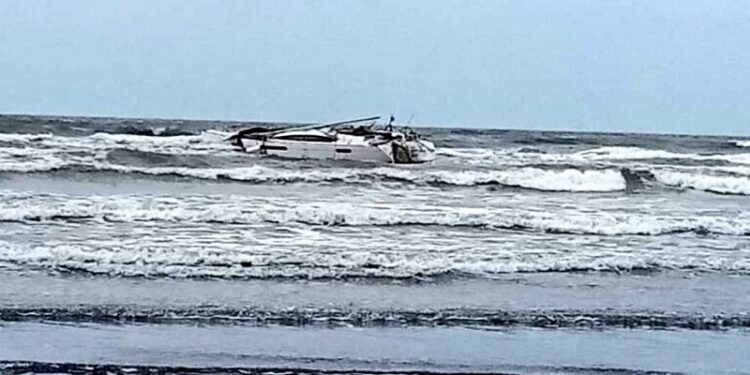 Media reported that the boat, loaded with weapons pictures of which are available with the channel, was spotted abandoned along the coast. The Raigad District Police said a lifeboat was also found abandoned at Bharadkhol in the district.

AK-47 rifles were among the weapons that have been recovered from the boat by the Raigad District Police. The police, after conducting a preliminary investigation into the matter, stated that the yacht belonged to a security agency.

Police said dismantled sophisticated weapons were recovered from the boat which ‘are of no use to anyone’. Cops added that the matter is still being investigated further and Central agencies have also been informed about the development.

“An unidentified boat found at Harihareshwar Beach and a lifeboat found at Bharadkhol in Raigad district. Nobody is present on either of them. Coast Guard and Maharashtra Maritime Board have been informed of the same. Police Department is taking the necessary action,” stated the Raigad Police.