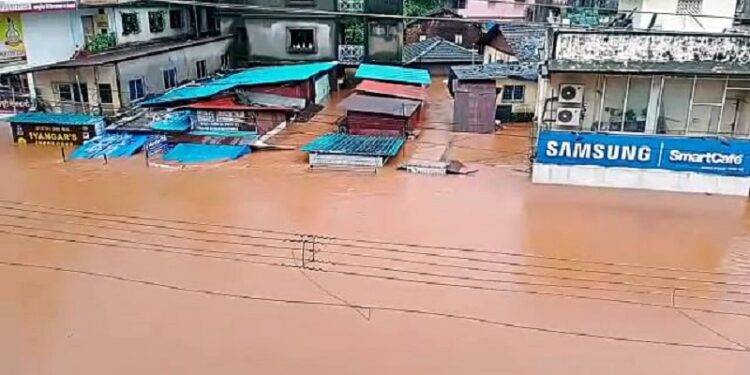 Mumbai: At least 36 persons were killed and several others feared trapped after a massive landslide in the floods-ravaged Raigad district of Maharashtra. “32 of them died in Talai and 4 in Sakhar Sutar Wadi. At least 30 people are trapped,” the Raigad district.

Meanwhile, as many as 47 villages were cut off in the Kolhapur district after roads leading to them were submerged in water due to heavy rains, and 965 families were shifted to safer places, while the Panchganga river hovered near the danger mark. At least 10 state highways, 29 district highways and 18 rural roads were closed for traffic due to flooding at various stretches in Maharashtra.

Two teams of the NDRF were rushed to Ratnagiri’s Khed and Chiplun areas to tackle critical situations due to high tide and heavy rain. The Western Naval Command, Mumbai has mobilised Flood Rescue Teams and helicopters to provide assistance to the state administration, based on a request received from the Government of Maharashtra.

A total of seven naval rescue teams departed by road for deployment to the Ratnagiri and Raigarh districts from Mumbai said Indian Navy. The national forecasting agency India Meteorological Department (IMD) has issued red and orange alerts for several regions in the state that are set to receive heavy rainfall in the next three days.

AIIMS director explained how we can prevent Covid 3rd wave

AIIMS director explained how we can prevent Covid 3rd wave