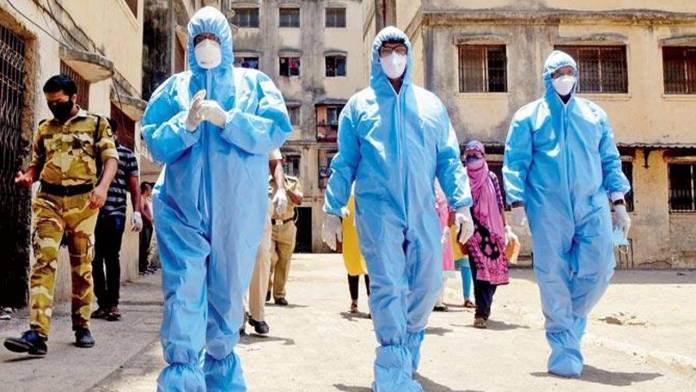 Mumbai: The central government has asked the Uddhav Thackeray-led government in Maharashtra to focus on containment strategies, step up contract tracing and vaccinations and prepare for a “worst-case” scenario in the coming months as it is in the “beginning of a second wave of Covid”.

Union Health Secretary Rajesh Bhushan, in two strongly-worded letters to the state’s chief secretary, said that that the central team sent to Maharashtra to assess things found a lack of Covid-appropriate behaviour, insufficient tracking and testing of cases, and the speed of vaccination not up to the mark. “Maharashtra is in the beginning of a second wave of COVID-19 pandemic.

There very limited active effort to track, test, isolate cases and quarantine contacts. There is no adherence to COVID appropriate behaviour among people both in rural and urban areas,” Bhushan said in the letter. Maharashtra accounts for 56 per cent of all active cases in India currently, with eight of the top 10 districts in the country being in the state. The state reported 16,620 new Covid cases out of a total of 26,294 in the country on Monday.

The state government has warned of a lockdown if the surge in cases is not contained. The central team had visited Maharashtra from March 7-11, after which Bhushan wrote two sharp letters to state chief secretary Sitaram Kunte on March 12 and 15. Bhushan, in his letter, specifically pointed to the high death rates in Nashik and Aurangabad districts, and said genome analysis of the samples must be done to get to the bottom of the cause.