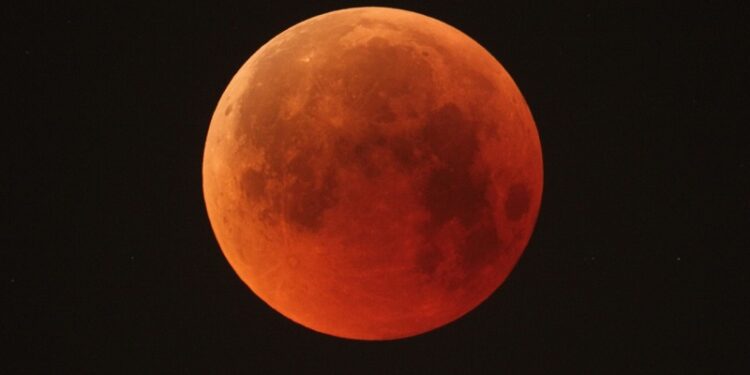 Lunar Eclipse 2022: The first lunar eclipse of this year will be visible in several parts of the world tonight and on May 16. However, sky gazers in India will not be able to marvel at the red blood moon because the moon will be below the horizon during the eclipse. Lunar eclipse 2022: Visible Timing, place and other complete details.

The penumbral phase will start at 01:33 GMT. It is not possible to view this phase with naked eyes and hence only well-equipped astronomers will find this phase interesting. The partial eclipse will start at 02:28 GMT. Around this time, you can actually start viewing the eclipse’s progress with bare eyes.

A full moon is up in the sky only during the night. It is possible to see the total lunar eclipse from all parts of the earth that experiences night during the eclipse time. However, the visibility of the eclipse differs from region to region. From some locations, the eclipse is seen during the moonrise or moonset with the moon positioned low in the sky.

It is safe to view lunar eclipses with naked eyes. However, telescopes and binoculars can significantly enhance the view of eclipses. The total lunar eclipse happens two weeks after a partial solar eclipse that happened on April 30, 2022. These two eclipses happen during a single eclipse season. The length of an eclipse season is usually around 35 days when it is very common to see around 2 or 3 eclipses happen.