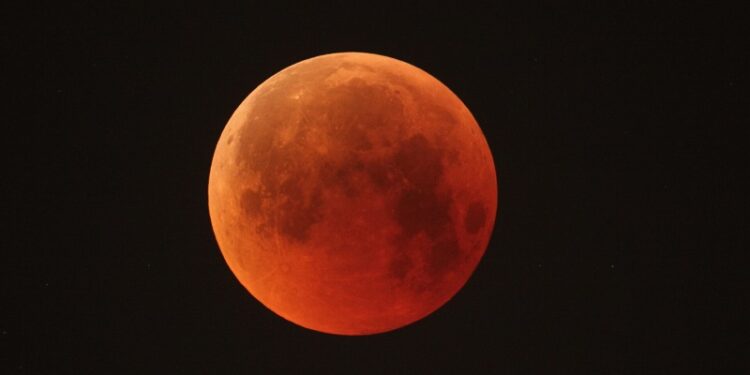 Lunar eclipse 2022: Sky gazers are in for a treat again as the first total lunar eclipse of 2022, also known as “supermoon”, “blood moon” or “flower moon”, will take place on May 15-16 intervening night. Lunar eclipse 2022 today: complete details of timing and visibility.

The moon will be bathed in the reflected red and orange hues of Earth’s sunsets and sunrises for about 1-1.5 hours, one of the longest totalities of the decade. It will be the first of the two so-called blood moons in a year.

While “supermoon”, “blood moon” will not be visible in India, skywatchers in the eastern half of North America and all of Central and South America will have prime seats for the whole hour-long show, weather permitting.  Partial stages of the eclipse will also be visible across Africa, Europe, and the Middle East. Asia and Australia, however, will be left out.

A total eclipse occurs when Earth passes directly between the moon and the sun and casts a shadow on our cosmic companion. In a total lunar eclipse, the entire Moon falls within the darkest part of Earth’s shadow, called the umbra. The May 15-16 event will be the first of two total lunar eclipses in 2022 and the second one will take place on November 7-8. Then the next one isn’t until 2025.