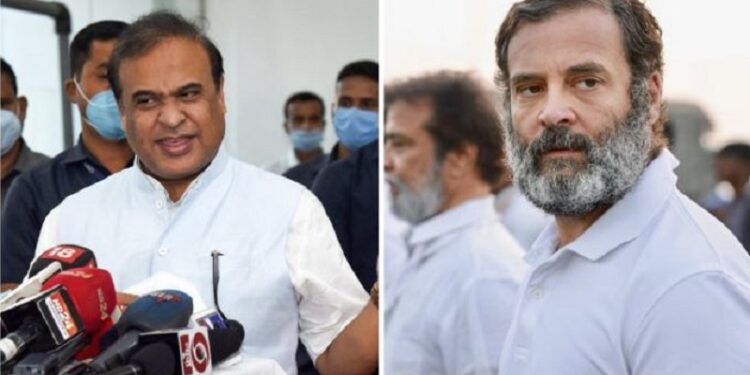 Congress slammed the BJP for these comments and said that “when your leader (PM Modi) grew a beard, we did not say anything. We talk about real issues.”While addressing a campaign rally in Ahmedabad ahead of the Gujarat Assembly election, Himanta Biswa Sarma said, “I said in a television interview a few days ago that there is no problem with Rahul Gandhi’s new look.

But if you have to change your look, then at least make it like Vallabhbhai Patel or Jawaharlal Nehru. Even better if you look like Gandhiji, but why do you look more like Saddam Hussein now?” “This is the reason why Congress leaders’ practices are not close to the Indian culture. They always try to adopt other’s cultures,” the Assam chief minister said.

As Rahul Gandhi, who is currently leading the Bharat Jodo Yatra, dons a bearded look, he was compared to former Iraqi President Saddam Hussein by the Assam CM. Congress spokesperson Alka Lamba slammed the Bharatiya Janata Party (BJP) over their latest comments on Rahul Gandhi’s looks and said, “Good that Rahul Gandhi gave more importance to his loyal dog than Himanta Biswa Sarma.”

Meanwhile, Congress’s Sandeep Dikshit said, “Feel like laughing at the BJP. Never thought they would stoop so low but they are rattled by Bharat Jodo Yatra. Their leader (PM Modi) had also grown a beard recently but we did not say anything. We talk about real issues. The PM is saying there is a conspiracy against him.

Conspiracies are hatched inside closed doors not during Yatra, where lakhs of people participate.”The Bharat Jodo Yatra led by Congress MP Rahul Gandhi entered Madhya Pradesh on Wednesday, and thereby making its way into the Hindi heartland after over two months of traversing the southern states.Today, November 23, marks the 77th day of the Bharat Jodo Yatra, which commenced from Kanyakumari in Tamil Nadu on September 7.

Gold price down today, check latest rates in your city

Gold price down today, check latest rates in your city