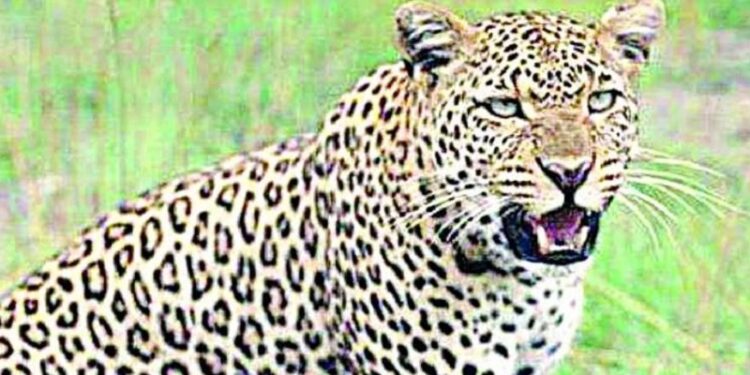 The nearby locals raised an alarm and surrounded the leopard, leaving the injured girl in the field and went to the forest. A forest officer said that the girl died as a result of the leopard attack. Divisional Forest Officer Akashadeep Badhawan said that fearing that the leopard may come back to the village to attack, the forest personnel have reached the spot and are conducting regular patrolling. Villagers have been advised to leave in droves. Badawan told PTI that financial assistance will be given to the family of the deceased.

Davangere: A woman died after being attacked by a leopard in Falavanahalli village of Nyamati taluk on Tuesday. The dead woman is Kamalabai Jeekanayka (55) of the village.7 women from Tanda went to weed the maize field. In the afternoon, the leopard put its mouth on Kamalabai’s neck and dragged her 100 feet away. At this time, the women who had gone with Kamalabai shouted. At the sound of screams of the women, the leopard left Kamalabai’s body and ran away.

When they went to the spot and saw blood coming from the nose and mouth, Kamalabai was dead, the women eyewitnesses said. RFO Chetana, DC Kapashi of Forest Department visited the place and conducted inspection. District Collector Shivananda Kapashi, who visited the scene of the woman’s death in the leopard attack, talked to the family members of the dead woman and expressed his condolences.