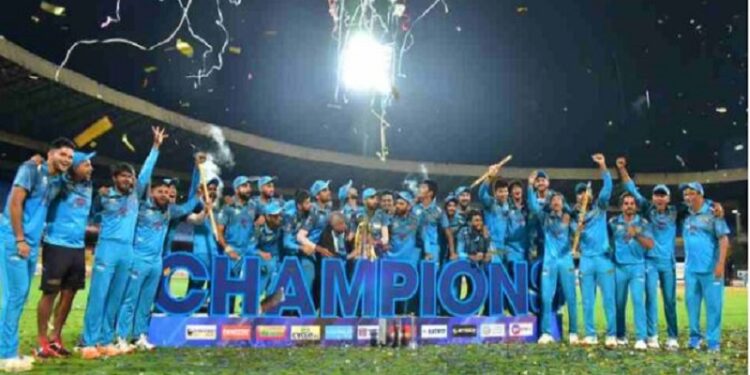 Chasing a tough target to win the final, the Bangalore Blasters team lost five wickets including captain Mayang Agarwal (16), Aniruddha Joshi (7) and J. Suchit (5) before scoring 63 runs. But the starters LR Chetan and Kranti Kumar, who joined for the 6th wicket, brought the team back on track and put a 98-run partnership. But Chetan, who scored 91 runs in 40 balls with the help of 6 fours and 8 sixes, got out in the last ball of the 15th over, Blasters faced another shock.

In the first ball of the 17th over, Kranti Kumar (47 runs in 21 balls; 3 fours, 3 sixes) was also dismissed, and the defeat of the Bangalore Blasters team was confirmed. In the end, Blasters managed to score 209 runs for the loss of 9 wickets in 20 overs and settled for the runners-up position.