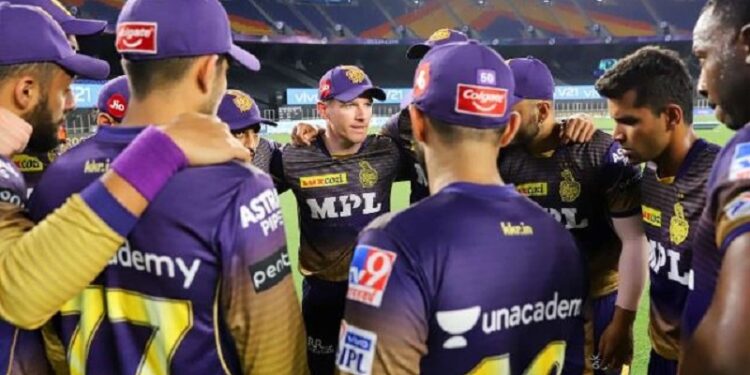 England’s limited-overs captain Eoin Morgan is the one of the best cricketing minds in the white-ball format. Morgan led the England side to a glorious 2019 World Cup win at home and has been at the helm of their T20I dominance. Kolkata Knight Riders (KKR) former captain announced retirement from cricket.

Kolkata Knight Riders captain was then entrusted to lead the Kolkata Knight Riders side in 2021 season of the Indian Premier League (IPL) and the two-time IPL winners reached their maiden final in seven years. Morgan was among the big names that were not picked at the mega auction in February this year despite his impressive run as a skipper.

However, Morgan remains unfazed over going unsold at the auction calling it a rather “win-win” situation. Morgan did not have a memorable IPL outing last season as a batter as he managed only 133 runs in 17 games at 11.08 and with a strike rate of 95.68. This was his worst ever performance in an IPL season.

England captain Morgan has been on a break from cricket since the semifinal loss in 2021 T20 World Cup. He played a couple of games in the Abu Dhabi T10 league and appeared in two games in the five-match T20I series in West Indies before being ruled out with a quad injury. Eoin Morgan has confirmed his retirement from international cricket.

Eoin Morgan England captain steps down as England’s leading run-scorer and most-capped player in both white-ball formats, and the only man to lead the team to an ODI World Cup success. Morgan said that he had come to the realisation during this month’s trip to the Netherlands, where he batted twice without scoring any runs, after which he spoke with Rob Key, England men’s managing director, and new white-ball coach, Matthew Mott.

“I engaged a lot with ex-players as to when they stopped and how it came about, and how the transition worked. And each person to a man said there’s a time and a place where it hits you,” Morgan told Sky Sports News. “Or the other common answer was, you know, you wake up and you know, and that moment came to me in Amsterdam.

“And I think it’s a combination of a lot of things, that over the course of my international career, which is has been a long time, I’ve just come to the end. I’m glad I was in a sound enough space to understand that feeling and be well aware of what it meant. And also what it means, both for the England white-ball sides that I’ve led until now and me and my personal life.

“The day that it hit me it was quite a sad day, reaching the end of such a special journey. But in many ways since that day, I’ve been incredibly proud and content with the decision, and excited for English cricket going forward. There have been so many strong decisions made in a positive way for not only our group but the Test group over the last month and a half, the appointment of two new coaches and a new red-ball captain.

And the way that both sides play is just incredible. So as I sit back now, as a fan, I’m incredibly excited.” Morgan’s announcement had been expected after an extended period in which he had struggled with form and injuries. He will continue to play at domestic level, including captaining London Spirit in the Hundred later this summer, and will also join Sky Sports’ commentary team for the upcoming white-ball series against India and South Africa.

After being appointed as Alastair Cook’s successor in 2015, Morgan led England 126 times in ODIs and 72 times in T20I cricket. He guided the team to the final of the 2016 World T20, before overseeing 50-over World Cup success in 2019.