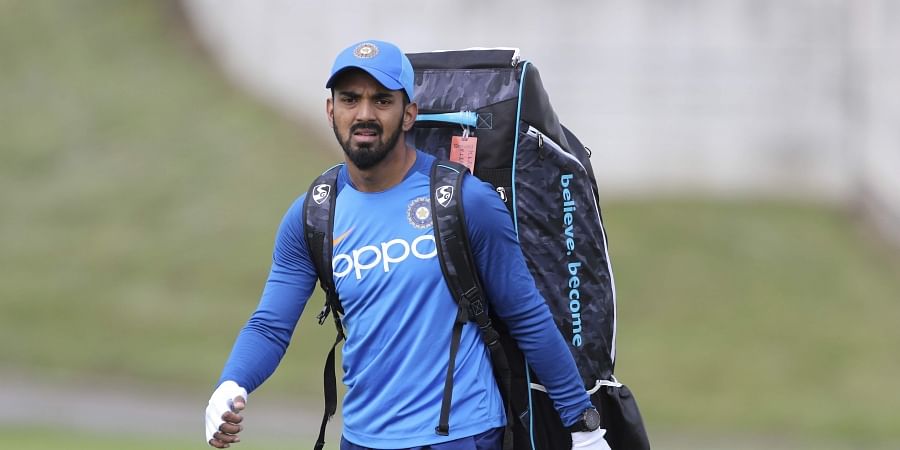 Indian opener KL Rahul has been named in Karnataka’s squad for their Ranji Trophy semi-last against Bengal which will be played at the Eden Gardens Stadium in Kolkata from February 29. Rahul had asked to be rested from Karnataka’s quarter-final match but is now available for the climactic stages of the Ranji Trophy.
Rahul was in superb form with the bat for India in New Zealand earlier this month. He was the highest scorer in the 5-T20I series with 224 runs at 56.00 and the second-highest scorer behind Shreyas Iyer in the 3 ODIs with 204 runs at 102.00.
He has scored one century and four fifty-plus scores in his last 10 innings in ODIs and T20Is combined. Rahul’s inclusion will be a big boost for Karnataka, who also has the services of middle-order batsman Manish Pandey. Both players returned home after India completed the limited-overs leg of their tour.
Pandey had played in the quarter-final match against Jammu and Kashmir, scoring 37 and 35 in both innings as his team won by 167 runs to enter the last four of the competition. Last year’s finalists Saurashtra will take on Gujarat in the other semi-final at Rajkot. The other prominent players who will be part of the last four include Parthiv Patel (Gujarat), Jaydev Unadkat (Saurashtra) and Manoj Tiwary (Bengal). Gujarat, Bengal, Karnataka, and Saurashtra had finished on top of the combined Groups A and B table, and all four progressed to the semi-finals after dominating their respective quarter-final matches.
Karnataka Squad: Karun Nair (capt.), R. Samarth, Devdutt Padikkal, Manish Pandey, K.L. Rahul, Sharath Srinivas, Shreyas Gopal, K. Gowtham, A. Mithun, K.V. Siddharth, Prasidh Krishna, J. Suchith, Prateek Jain, Ronit More, and B.R. Sharath.

Connection among India and Pakistan has harmed in because of one person: Shahid Afridi

Connection among India and Pakistan has harmed in because of one person: Shahid Afridi