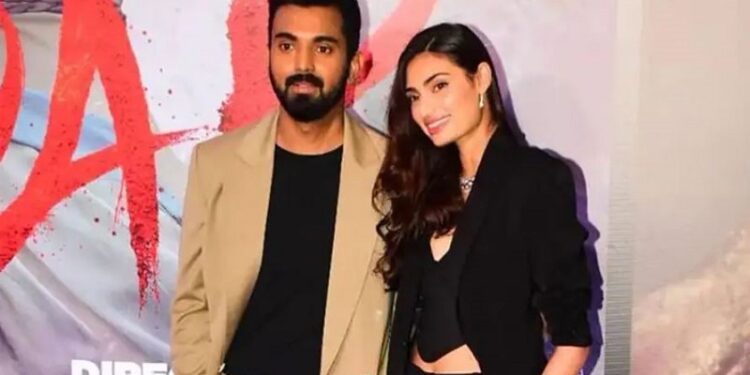 Cricketer KL Rahul and Bollywood actress Athiya Shetty wedding has been the talk of the town ever since the actress father Suniel Shetty confirmed their marriage plans. The duo has been dating for a long time now. Also, they recently moved into a luxury sea-facing apartment in Mumbai B-town center, Bandra. KL Rahul wedding date fix, Check Date, Venue and other details.

After Suniel Shetty revealed about Athiya and KL Rahul’s wedding, it is now being reported that the couple will be tying the knot at veteran actor’s Khandala bungalow, ‘Jahaan’. According to Pinkvilla, Bollywood actress Shetty and KL Rahul have decided to ditch luxurious hotels and have a ceremony in the presence of their near and dear ones.

In addition to this, the wedding organisers recently visited the bungalow for a look. The friends and close relatives have been asked to keep themselves available from December end to January first week. However, the wedding date will be decided based on the cricketer KL Rahul work schedule. Well, there is no confirmation from the couple or their families yet.

Recently, during an interaction, the Suniel Shetty actor said that ”as soon as the children decide, currently Rahul has various matches. He has the Asia Cup, World Cup, South African Tour, and Australia Tour lined up. When they get a break from work commitments, they will get married. They can’t marry in a single day. “

Rahul had undergone a successful surgery for sports hernia in Germany and is expected to be out of for a couple of months. Rahul, who was forced to opt out of the home T20I series against South Africa earlier this month, has lower abdomen-related fitness issues, including groin strains and hamstring injuries.

“It’s been a tough couple of weeks but the surgery was successful. I’m healing and recovering well. My Thank you for your messages and prayers. See you soon,” Rahul tweeted. The 30-year-old has played 42 Tests, 42 ODIs and 56 T20Is for India in the last eight years.