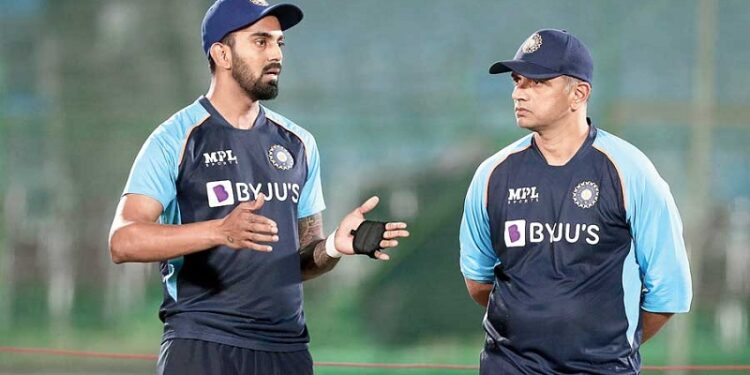 All-rounder Hardik Pandya and wicketkeeper-batter Dinesh Karthik make comebacks to the squad while left-arm pacer Arshdeep Singh gets his maiden call-up along with SunRisers Hyderabad’s tearaway pacer Umran Malik. KL Rahul captain for India in the home series, starting June while Rishabh Pant has been named vice-captain of the team.

Pant faced criticism on Sunday, May 21 for a tactical error during Delhi Capitals’ crunch contest against Mumbai Indians in IPL 2022 but Rohit Sharma backed the young India wicketkeeper. Ruturaj Gaikwad and Ishan Kishan retain their places in the squad along with all-rounder Venkatesh Iyer despite their ordinary outings in IPL 2022.

Kolkata Knight Riders captain Shreyas Iyer has retained his spot along with all-rounder Deepak Hooda, who has grown from strength to strength in the last few months. Hooda has been in fine form for Lucknow Super Giants in IPL 2022. Umran Malik, who has been instilling fears in the minds of opposition batters by consistently clocking in excess of 150 kph in IPL 2022, has earned a maiden India call-up.

Also Read: RCB top player Harshal Patel injured, will he play or not in Eliminator

Also Read: Heavy Rainfall Alert in these states for next 2 days

The tearaway pacer, who has picked 21 wickets in 13 matches, will get an opportunity to learn from the best at the senior level. Arshdeep Singh, who has been consistent for Punjab Kings and regarded as one of the best death-bowlers in the IPL by South Africa star Kagiso Rabafda, gets the much-deserved India call-up. The two pacers will join senior pro Bhuvneshwar Kumar, RCB star Harshal Patel and Avesh Khan.