by Subhaschandra
in LATEST NEWS, SPORTS
A A 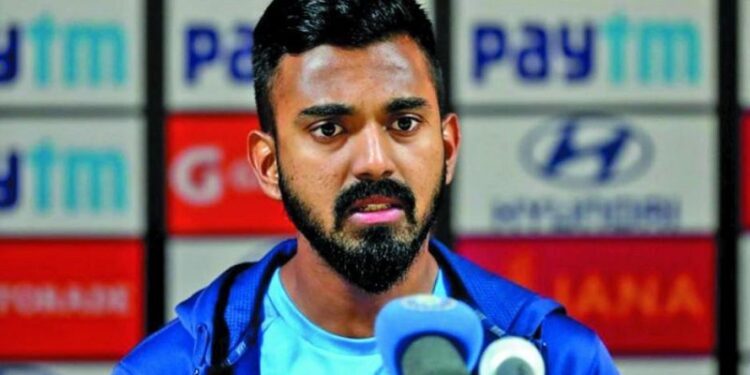 Team India have suffered a big scare just a couple of days ahead of their ICC men’s T20 World Cup 2022 semifinal against England at the Adelaide Oval on Thursday (November 10). Skipper Rohit Sharma took a painful blow on his forearm while batting in the nets in Adelaide after arriving from Melbourne on Tuesday (November 8). KL Rahul Captain for India vs England T20 World Cup 2022 Semi-final

Team India have been dealt huge blow ahead of their T20 World Cup semifinal clash against England on Thursday (November 10) as skipper Rohit Sharma was hit on his right hand and sat out of warm-up session.  If Rohit Sharma not fit for Semi- final KL Rahul will lead team India in important match.

While the extent of the injury is unknown, Team India will be optimistic on Rohit’s selection as the Men in Blue prepare for their fourth T20 World Cup semifinal. In the practice session Rohit Sharma was hit on his forearm and was seen taking a short break.

The footage from India’s warm-up session in Adelaide showed signs of worries while Rohit took a short break in the warm-up.  The extent of the injury is still unknown while there was also no official word from the Board of Control for Cricket in India (BCCI).

Rohit was taking customary throwdowns from S Raghu at the Indian net session when a short ball hit his right forearm and he was instantly in deep pain, leaving the nets immediately.  Rohit tried a short arm pull and throwdowns being hurled at 150 plus speed from 18 yards climbed on him and he missed the shot by a split second.

He left the session and after that a big ice pack was tied to his right arm but he looked desolate and in considerable pain even while watching the training from a distance sitting on the ice box. Mental conditioning coach Paddy Upton was seen talking to him for a considerable amount of time.

In case the BCCI confirms the news of Rohit’s injury, team India will have to bring in either Deepak Hooda or Dinesh Karthik in the Playing XI. Deepak Hooda and Rishabh Pant (already in the team for Zimbabwe clash) could be drafted in as openers as they both have previously been used in that slot.