kilometres of Condoms lie all over national highway road in Karnataka, locals worried 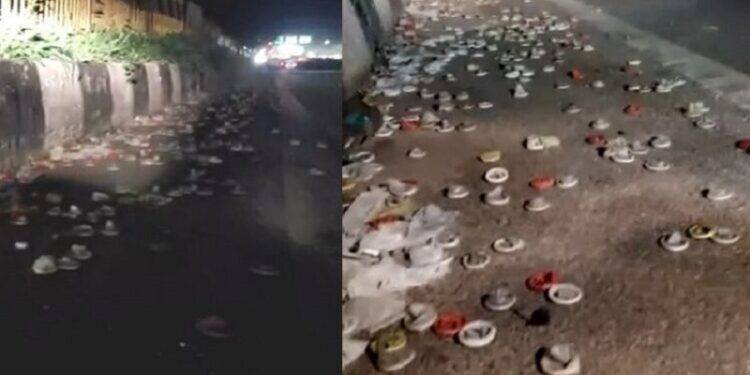 There are many disturbances on deserted highway roads during the day. There are many film strange cases. Not just accidents, but also occidental mysterious objects. The same thing happened last night in the fresh case, News Next kannada Reported.

Condoms are lying on the side of the road between the Kathsandra-Batawadi line of National Highway 48 in Tumkur. At present, the fears that have been brought elsewhere and poured into the street have been expressed.