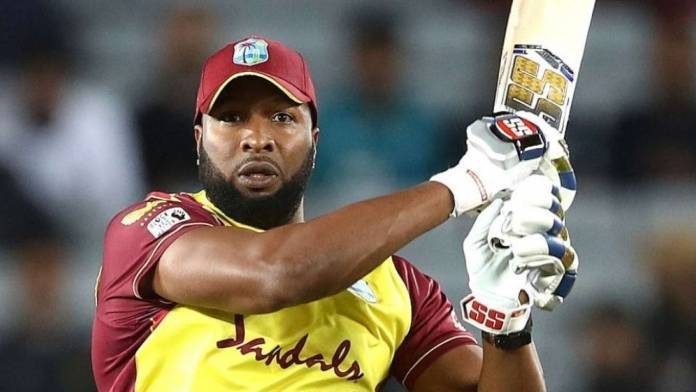 Kieron Pollard West Indies captain on Wednesday became only the third man to hit 6 sixes in an international match during the opening T20I against Sri Lanka. Pollard followed in the footsteps of South Africa’s Herschelle Gibbs (2007 World Cup against Netherlands) and India’s Yuvraj Singh (2007 T20 World Cup against England) to achieve the rare feat.

Akila Dananjaya was the bowler who was the recipient of the onslaught, as Pollard took him apart with consummate ease. Pollard was on 4 runs off 4 balls when he decided to launch the attack on Dananjaya, who interestingly in his previous over had claimed a hat-trick that had put the hosts on the back foot. This one over swung the tie right back in favour of the home side and they would eventually go on to win the match by 4 wickets with 41 balls to spare.

Earlier in the first innings Sri Lanka made a below-par 131-9 as their batsmen struggled to get going from the get-go. The tourists were put into bat by the 2012 and 2016 world champions whose line-up included 41-year-old batting star Chris Gayle, playing his first game for the West Indies in two years. Pathum Nissanka marked his Sri Lanka debut with a top score of 39 off 34 balls with four boundaries and one of his team’s only three sixes.

The 22-year-old batsman shared a 51-run second wicket partnership with opener Niroshan Dickwella (33). However, the tourists never got to grips with the accurate West Indies attack which featured 39-year-old fast bowler Fidel Edwards making his return to the team for the first time since 2012.

Left-arm fast bowler Obed McCoy, playing just his third T20 International, had the best figures of 2-25 from his four overs. Jason Holder finished with an economical 1-19 while there was was also a wicket for 21-year-old debutant off-spinner Kevin Sinclair who opened the bowling and claimed the wicket of Danushka Gunathilaka.