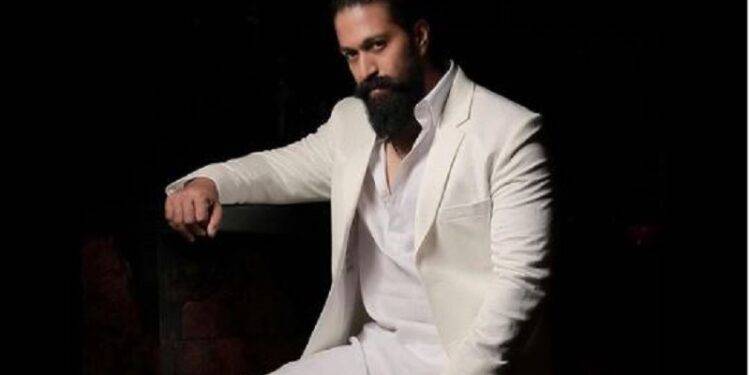 After the release of the movie ‘KGF Chapter 2’, Yash gained worldwide popularity. Their market, which was limited to Karnataka, has now expanded considerably. According to the image of Yash, many offers are coming to find him. Big producers, many directors are waiting to get Yash call sheet. ‘KGF Chapter 2: Yash new look viral on social media.

However, Yash is thinking of using his success in the right way. Thus, they are accepting the movie after weighing it up. Now Yash has shared a new photo which has gone viral. Yash was not very active on Instagram earlier. However, after the release of ‘KGF 2’, he became more active on social media. He has started sharing new posts for fans.

Yash is sharing photos of spending time with children. He is followed by 1.12 crore people on Instagram. No Kannada hero has such a large number of followers on Instagram. Now Yash has grabbed attention by sharing a new photo. Yash is sitting in the dark. He is wearing white clothes.

His beard and hair have attracted a lot of attention. In just 3 hours after this photo was posted, 11 lakh people have clicked likes. The number of likes is increasing. After seeing this photo, the fans of ‘KGF’ are commenting that the dialogue is ‘Salam Rocky Bhai’.

It has been 5 months since KGF 2 hit the screens. However, Yash’s next movie has not been announced yet. It is said that Yash will make a film with director Narthan. Some media have reported that this is a Pan India film and Ram Charan will also act. However, an official announcement about this is yet to be made. Fans are waiting for it.