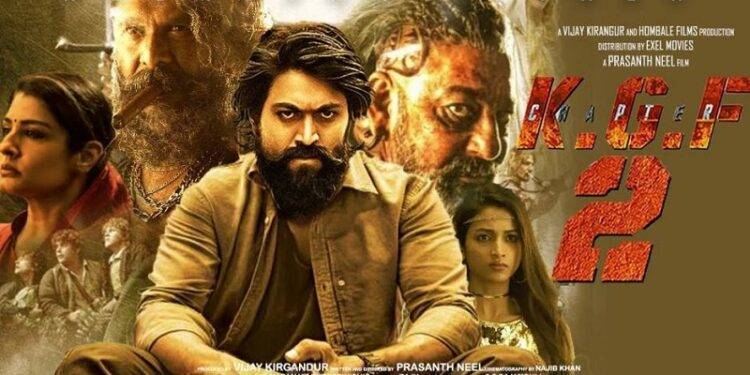 KGF Chapter 2 is one of the most recent south Indian successes and looks like it has set a new record yet again. According to a recent report, KGF Chapter 2 made another big record sold OTT Rights for huge amount. The OTT rights of the film have already been sold for a whopping price and the amount is sure to leave you surprised, to say the least.

The new action movie KGF Chapter 2 hit the theatres on April 14th and has been doing exceptionally well not just in the Indian box office but also overseas. The movie has been directed by Prashanth Neel and stars actors like Yash, Sanjay Dutt, and Raveena Tandon in key roles.

According to a recent report the OTT rights of KGF Chapter 2 have already been sold and the amount is massive. It has been bought by an OTT giant for Rs 320 Crores, which is one of the biggest OTT deals to have ever been cracked in India.

The anticipation around this film is still humongous and hence, its online release is also expected to bring in considerable revenue. Previously, there were several reports about Amazon Prime Video being the OTT platform to rope in KGF Chapter 2 makers but looks like there is no confirmation on this yet.

Also Read: Karnataka SSLC Result 2022 will be declared on May 20

The official release date of this film, on streaming platforms, has not yet been officially announced either as the movie is still minting an impressive amount at the box office, even weeks later.