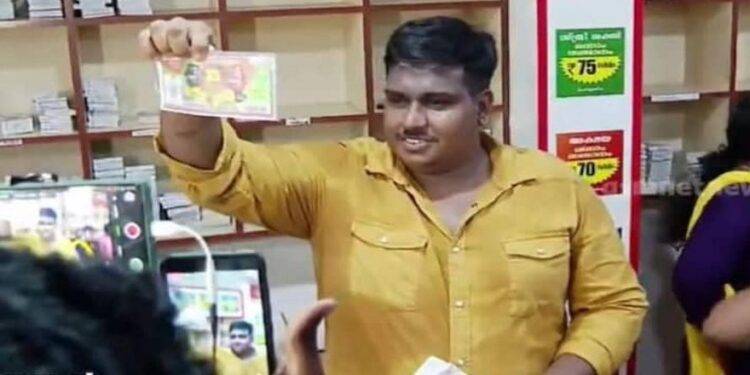 Onam bumper lottery winners of Rs 25 crore in Kerala autorickshaw driver anoop now surrounded by difficulties. Just five days after receiving such a huge amount, he has started to regret his victory. Now he is forced to think that I wish he had not won this lottery. Anoop was very happy after winning the first prize in the Kerala Government’s Mega Onam Raffle. Kerala Rs 25 Crore Lottery winner is in big trouble now.

He thought that he would remove all the problems of himself and his family with this money, but before this happened, the expectations of many people increased from him and now he keeps changing places to avoid the eyes of the people. Anoop said, ‘I have lost all my peace of mind after winning this lottery. I can’t even live in my house. Because I am surrounded by people who expect me to fulfill their different needs.

Anoop said first prize in Onam bumper lottery winners but now I regret it. I keep changing places from where I live now. I have lost the happiness and peace of mind that I had when I won the award. Anoop lives in Srivaraham with his wife, children and mother. Anoop had bought the ticket for victory from a local agent here by breaking his child’s small savings box. After deducting tax and remaining dues, Anoop will get Rs 15 crore as prize money.

Anoop further said, ‘Now I really think that I should not have won the lottery. Because now it has become a big problem for me. I can’t even go outside the house. People are constantly asking me for help for themselves. He said, ‘I am using my social media account to tell people that I have not received the prize money yet.’

Anoop is now starting to regret that if he does not give money to the people, then his own people will become his enemies. Anoop said, ‘I have not decided what to do with this money. For now, I will keep this money in the bank for two years. I really wish I shouldn’t have had this money. Instead of winning such a huge amount, I wish I had won a lesser amount, it would have been better. He said, ‘My neighbors are angry with me. People crowd around me that I am the winner. My peace of mind has been disturbed.