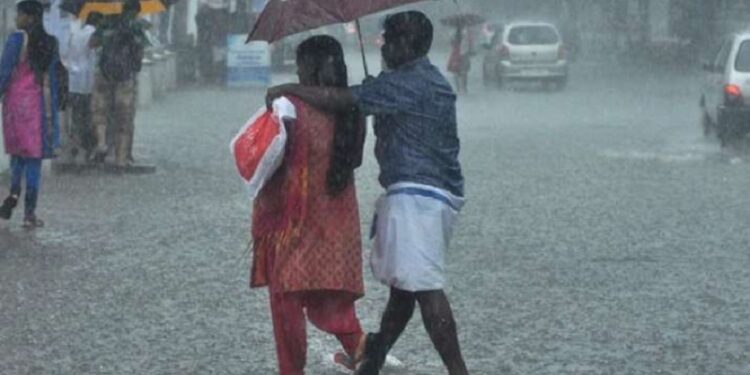 Red alert issued which indicates extremely heavy rainfall, issued in the last few days at various districts has been withdrawn, various weather forecasting centres in the country have predicted isolated heavy rains across the state.

Orange alert has been issued for today include Ernakulam, Idukki, Thrissur, Palakkad, Malappuram, Kozhikode, Wayanad, Kannur and Kasaragod. However, for tomorrow, there is no Orange alert for Ernakulam and Idukki. Taking precautionary measures, the National Disaster Response Force (NDRF) has already deployed five teams to Kerala.

The Kerala State Disaster Management Authority said the cyclonic circulation which was situated near Lakshadweep area has moved towards Kerala and predicted isolated heavy rains in some parts of the state. A red alert indicates heavy to extremely heavy rains of over 20 cm in 24 hours.

While orange alert means very heavy rains from 6 cm to 20 cm of rain. A yellow alert means heavy rainfall between 6 to 11 cm. Notably, Kerala has been experiencing heavy rainfall for the past few days and it has disrupted normal life in certain places of the state.