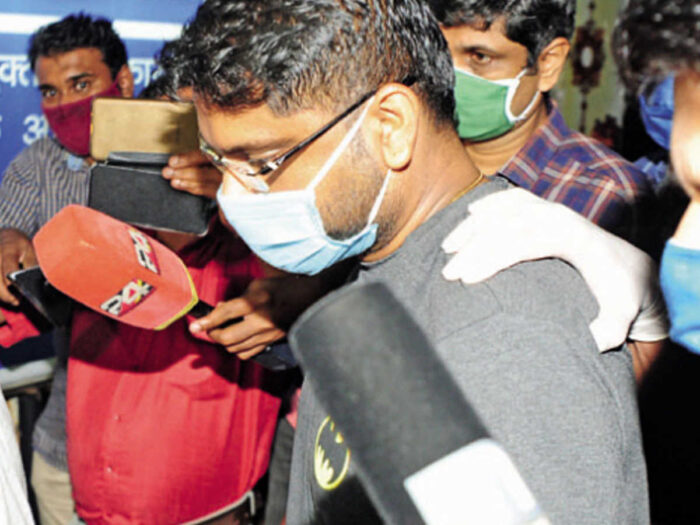 Thiruvananthapuram: Alleging that Chief Minister Pinarayi Vijayan was aware of the gold smuggling through diplomatic baggage system, Kerala opposition leader Ramesh Chennithala on Tuesday said that the removal of CM’s principal secretary has established that the leveled corruption charges are true.

“By removing Sivasankaran, the secretary of the Chief Minister, it has been established that the corruption charges leveled by the opposition are true. I challenge the Chief Minister to refer the case to the CBI so that everything comes to light,” Chennithala told media. Earlier today, the Kerala government removed M Sivasankar from the post of principal secretary to Chief Minister Pinarayi Vijayan and gave Mir Mohammed the additional charge of the post.

Chennithala, Congress leader, also wrote a letter to Prime Minister Narendra Modi seeking his intervention and the handing over the investigation in the case to the CBI. In the letter, Chennithala has expressed concern at the misuse of diplomatic immunity of UAE Consulate in the capital city, by international gold smuggling cartels with the collaboration of officials working under the state Government who have deep-rooted connections with decision-makers at the Chief Minister Office.

Sivasankar is still holding the charge of the IT secretary. The development comes a day after the opposition parties in the state, including the Congress and the BJP, levelled serious allegations that the Chief Minister’s Office had links to Swapna Suresh, one of the suspects in the case related to the smuggling of gold using the diplomatic baggage system. On Sunday, thirty kg of gold concealed in diplomatic baggage was seized at the Thiruvananthapuram international airport here by the customs department. The customs sources said Swapna is on the run while Sarith Kumar, a former consulate PRO, was taken into custody and after the interrogation his arrest was recorded.

Swapna was employed in Space Park and Kerala State Information Technology Infrastructure Limited (KSITL), which comes under the IT department, a portfolio held by Vijayan. She was ousted after she was named as one of the accused in the gold smuggling case. “UAE looks forward to fully cooperating with Indian customs authorities to thoroughly investigate the matter&urges stringent legal action against those involved,”said UAE Ambassador to local media on the alleged Thiruvananthapuram gold smuggling by an employee at UAE Consulate in Kerala.