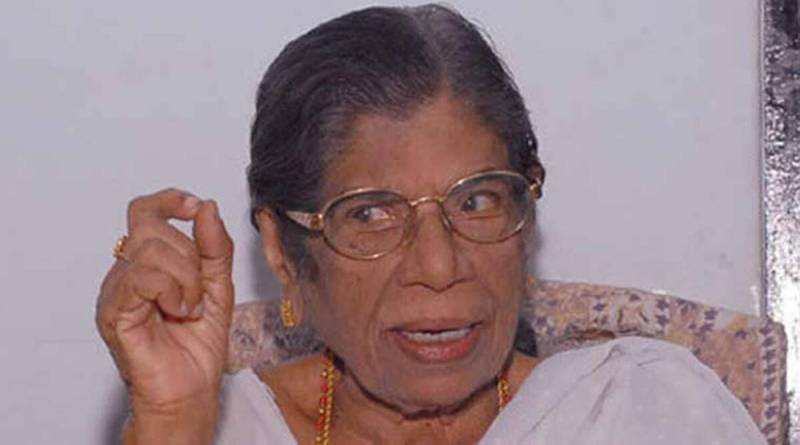 Thiruvananthapuram: Legendary politician Kerala First Revenue Minister KR Gouri Amma has died. She was aged 102. Gouri Amma is widely considered as one of the most formidable leaders in the yesteryear communist party in the state.

She was currently heading the Janathipathiya Samrakshana Samithy (JSS). Gouri Amma was hospitalized due to age-related ailments a few days ago, and she died today morning due to a severe infection.

According to hospital sources, Gouri Amma had severe breathing issues and urinary infection while getting admitted at the PRS hospital in Thiruvananthapuram. Gouri Amma was born on July 14, 1919, as the daughter of Arumuri Parambil Parvathi Amma and Kalathilparambil Raman in Cherthala of the Alappuzha district.

She completed her graduation in law from Government Law College in Thiruvananthapuram. It should be noted that Gouri Amma was the first female law student from the Ezhava community in Kerala.