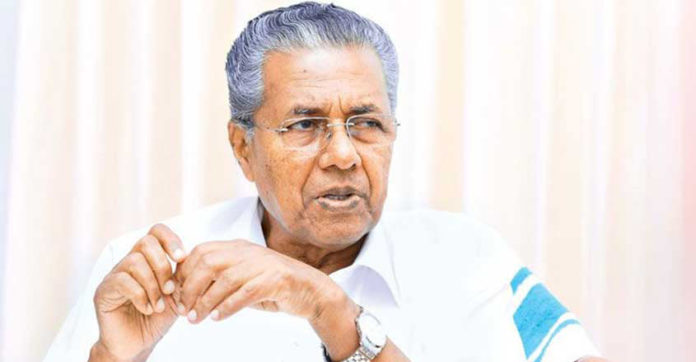 Kannur: Kerala Chief Minister Pinarayi Vijayan, who is contesting the assembly polls from the Dharmadam constituency in the Kannur district, today filed his nomination papers. The 76-year-old leader, wearing a face shield, mask and gloves, arrived at the Kannur Collectorate at around 11 am following Covid-19 protocols.

In a tweet, Vijayan said, “Submitted my nomination as Dharmadam’s LDF candidate. Development and welfare projects implemented over the last 5 years need to be strengthened further. We will stand with the people to ensure a prosperous Kerala. People wholeheartedly say #LDFforSure and we are confident.”

This is the second time Vijayan is trying his luck from Dharmadam. The only Politburo member of the CPI(M) to be contesting, this is Vijayan’s sixth election to the state Assembly.

Earlier, he had represented Kuthuparamba in Kannur thrice in the House–1970, 1977 and 1991 and in 1996 he was elected from Payyannur. In 2016, he won from Dharmadam and is trying his luck again from the constituency.