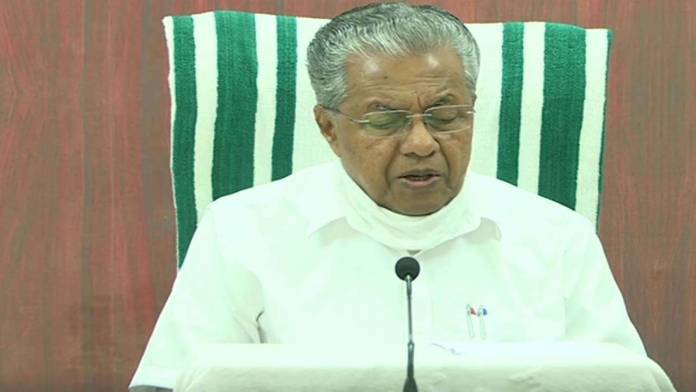 Kerala today recorded 32,819 new COVID-19 cases which is also the highest single-day record since the start of the covid-19 pandemic. With today’s count, the total infection count reached 14,60,364, while the active cases mounted to 2,47,181, prompting Chief Minister Pinarayi Vijayan to term the situation as serious.

Eighty-six health workers were among those who tested positive today. As many as 18,413 people were cured of the infection, taking the total recoveries to 12,07,680, Vijayan said. The toll surged to 5,170 with 32 deaths. The situation in the state was “serious”, Vijayan told reporters here.

Seeking to contain the wide spread of the second wave of COVID-19, prohibitory orders were clamped in 14 more local self government (LSG) units in Malappuram district of Kerala, on Tuesday. District Collector K Sreenivas imposed the orders under 144 CrPC. Similar restrictions has already been in force in 24 LSG wards in the district till April 30, official sources said.

As per the order, the curbs would come into effect from 9 pm tonight and be in force till April 30. Restrictions would be effective from 9 PM till morning 5 AM, in other parts of the district, it said. Though strict control has been effective, restricting congregations and public gatherings are needed in order to check the spread, the order pointed out.