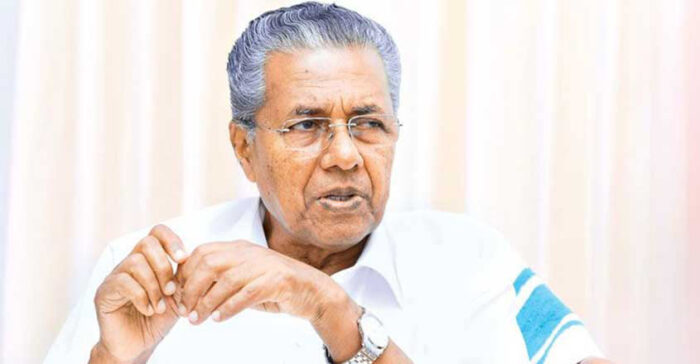 Kerala: The Kerala government on Thursday announced a revival package worth Rs 20,000 crore for the state to tackle the coronavirus outbreak. Among other measures, the government announced free universal ration, including measures for pensioners and auto and bus owners, reports said.
Kerala confirmed a fresh Covid-19 patient on Thursday, its 25th patient under treatment for the vaccine-less virus, and announced an economic package of ₹20000 crore, to mitigate the state through the crisis, announced the state’s chief minister Pinarayi Vijayan.
The financial package is bigger than the relief package after history’s worst floods in 2018 and its devastating repeat in 2019, because the virus-impact is expected to be wider, said Vijayan.
The financial package includes ₹140,000 crore to clear various dues the government owes to individuals and institutions, ₹2000 crore in consumer loans, ₹1320 crore to disburse two-months welfare pension in advance, and a health package of ₹500 crore, Vijayan said.
The CM added that ₹2000 crore out of this will be used for more rural jobs under the employment guarantee program and another ₹100 crore will be used for free ration for all this month. The press is yet to get a full breakup of the package.
There is a possibility of the situation getting worse. So we are planning for the worst-case scenario, said a person who worked closely with the CM on the package, requesting not to be named.
Kerala had announced a consumer loan scheme during the floods too, and likewise, this one also will be disbursed through Kudumbashree, the state’s millions-strong women’s self-help group, said Vijayan.
The early disbursal of the social security pension is to hand out more money into people’s hands when commercial activity in the state is partially paralysed because of the coronavirus scare, he said. Kerala has one of the largest net for social security pensions in the country and serves nearly 50 lakh people. The package will deliver March and April pensions in March itself.
Some families below the poverty line, and some who belong to the Antyodaya schemes that aid the financially downtrodden, are not availing social security pension right now, Vijayan said. They will be given ₹1000 as a direct handout for subsistence, at the total cost ₹100 crore for the state exchequer, he said.
Everyone will be given free food grains up to 10 kg through ration shops, that was otherwise supplied using above-and-below poverty-line characteristics, he added.
Kerala’s already announced plan in the 2020 state budget, to open 1000 food stalls at the cost of ₹25 per meal, will be completed earlier than the schedule at a lower price of ₹20 per meal, for which the government will have to spend an additional ₹50 crore, Vijayan said.
The CM also announced that people will be allowed a one-month extension to pay their water and power bills in view of the crisis, apart from a slew of other schemes for industrial bodies such as relaxation in tax due dates.
The efforts are aimed to revive the economy,” he said. Kerala’s list of people under observation has spiked from 31,173 from 25,603 a day before. Out of this, 237 people are isolated in hospitals, the rest are at their homes.