by News Next Desk
in LATEST NEWS, TEMPLE 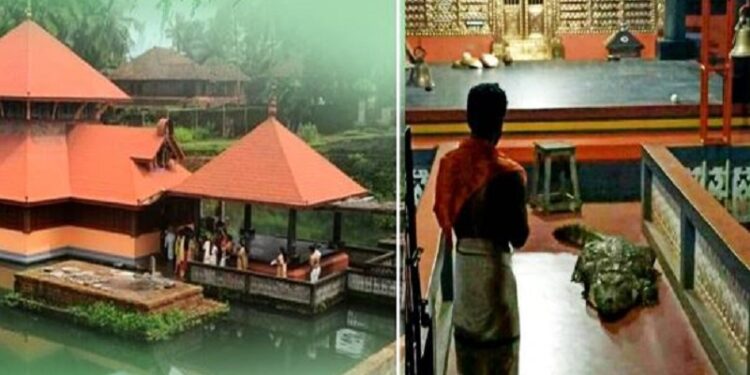 A crocodile named ‘Babiya’ of the Ananta Padmanabha temple in Kasargod, bordering Karnataka, has left this world. The untimely death of the crocodile, which was the focal point of the temple’s devotees for many years, has brought pain in the devotee circle. Kerala Ananta Padmanabha Temple’s “Babiya” is No More.

Babia crocodile’s last rites will be performed in the temple premises. The crocodile, which used to receive offerings twice daily after daily worship, was known as God’s crocodile. Babiya, who came out of the water two years ago and entered the temple, came to the temple premises for the first time, much to the surprise of the devotees.

Ananthapura temple is one of the famous places in Tulunadu, located in the middle of a lake in the vast area of Ananthapura in Kumbale district of Kerala. It is also known as Anantapura by the people of Sarovar Kshetra. Here there is an idol of Anantapadmanabha Swami sitting on a 5-headed serpent. Another feature of this field was the crocodile called Babiya in the lake.