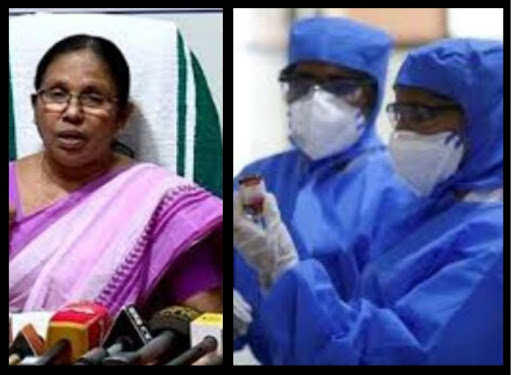 Kerala: Kerala Health Minister K K Shailaja on Sunday (March 8) confirmed that five people have now tested positive for coronavirus in the state. Shailaja said that three of the infected persons have travel history from Italy and the other two are their close relatives who came in contact with them. Notably, three people had been infected in Kerala few weeks ago but they had been discharged after treatment.

Address a press conference, Shailaja said the family failed to share their travel history at the airport and were not screened by airport authorities. “They also refused to be hospitalised initially and we had to persuade them,” the minister said. Zee Reported.

It is learnt that one among the five who tested positive is a child. “The child and the parents had recently travelled to Italy. After returning, they met some relatives. It was the relatives who approached a hospital with symptoms and they were isolated. The family which travelled to Italy was also isolated late,” the minister said.

With these five cases, India’s total number of coronavirus cases has now risen to 39. It is to be noted that three positive cases were reported on Saturday (March 7), two persons from Ladakh and one from Tamil Nadu. Both Ladakh citizens were found to have travel history to Iran, the one from Tamil Nadu had recently returned from Oman. All the three individuals are said to be stable and treatment is underway.

Prime Minister Narendra Modi on Saturday warned against rumour-mongering in the wake of the coronavirus outbreak, saying people must take the advice of their doctors. “In such times, rumors also spread quickly. Some people say this is not to be eaten, that is not to be done, some people will bring four new things that coronavirus can be avoided by eating this. We have to avoid these rumours too. Whatever you do, do it with the advice of your doctor,” he said.