Maninder said that Kohli needs to understand that England pitches are not like Indian pitches, and he needs to spend time in the middle before going for a drive on balls pitched outside off stump 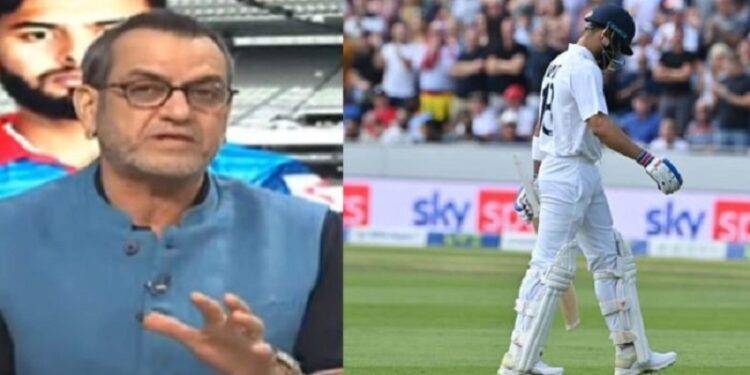 India captain Virat Kohli said at the virtual press conference before match that a batsman needs to keep their ego in their pockets to bat in England conditions. After Kohli was dismissed for 7 runs on Day 1 of the third Test, as he nicked a delivery off James Anderson a tad bit outside to wicketkeeper Jos Buttler, former India cricketer Maninder Singh believes Kohli needs to practice what he preached.

Maninder said that Kohli needs to understand that England pitches are not like Indian pitches, and he needs to spend time in the middle before going for a drive on balls pitched outside off stump. Speaking during a discussion on ESPNCricinfo

“Before the Test match, Virat Kohli had said that in these English conditions you’ve got to keep your ego in your pocket. And I think that is absolutely right. If he tries to dominate, like Virat Kohli usually does, these are not the pitches where he can bat like that.

“He needs to spend some time there, like he did on the previous tour where he scored almost 600 runs. Once you know the pace and know how much the ball is seaming around, they you can carry on playing your shots,” he said. “These are not flat Indian pitches, where you can just put your foot forward and start driving.

And what Kohli preached, he will have to practice. Keep your ego in your pocket,” Maninder added. The former India spinner further said that Kohli is making the same mistakes he made in 2014 in England, and he needs to take inspiration from how he played in the country in 2018 to bounce back.

“Virat Kohli is basically making the same mistakes that he was making on his first tour of England. He is playing away from the body. It could happen to you if you are not playing regular cricket,” Maninder Singh said. “He got out a couple of times the same way as you did in 2014, when he just got a 138runs in 10 innings.