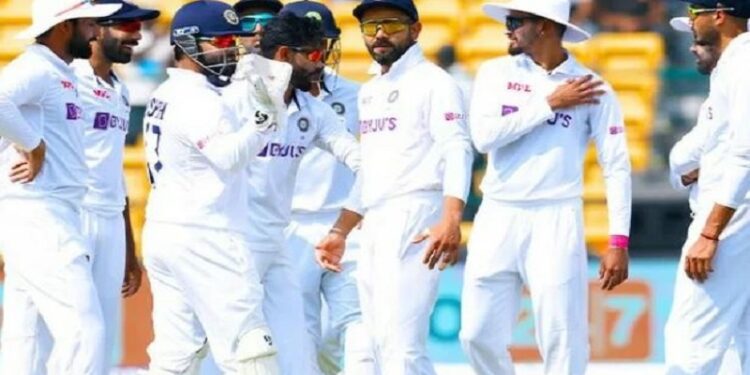 India Tour of England begins in July comprising a one-off Test, three T20Is and three ODIs between July 1 and 17. In recent development Karnataka top player enter Indian Test squad for place of Rohit Sharma. As a replacement for skipper Rohit Sharma, whose participation for the Edgbaston Test against England is doubtful after testing positive for COVID-19, opener Mayank Agarwal has been called up to join the Indian team in the UK.

Before being put in isolation, Rohit Sharma participated in the first day’s drawn exhibition match versus Leicestershire. A Rapid Antigen Test (RAT) revealed that he was positive. Rohit Sharma has tested positive for Covid-19 following a Rapid Antigen Test (RAT) conducted on Saturday,” the BCCI tweeted. “He is currently in isolation at the team hotel and is under the care of the BCCI Medical Team.”

Mayank Agarwal, 31, had earlier been left out of the 15-man team for the match, which would begin on July 1. But, now, he has a chance because KL Rahul was hurt soon before the South Africa series, and now Rohit is infected with COVID-19. “The All-India Senior Selection Committee has added Mayank Agarwal to India’s Test squad for the rescheduled fifth Test as cover for captain Rohit Sharma, who tested positive for COVID-19.

Mayank has left for the UK and will link up with the squad in Birmingham,” said the BCCI in a statement. A BCCI source added: “If needed he will be available for the Test match as UK Covid protocols don’t require any quarantine period on landing if RT PCR test is negative.” Due to an outbreak of COVID-19 in the Indian camp, the fifth Test against England from a previous season’s completed series was carried over to this one. India is up 2-1 in the series.

In his 21 Test appearances so far, Agarwal has scored 1,488 runs at an average of 41.33. In March at home against Sri Lanka, he last participated in a five-day match. He only managed 59 runs (33, 4, 22) in the two-Test series over three innings. With 196 runs scored in 13 games while leading Punjab Kings in the Indian Premier League, Mayank Agarwal also performed poorly. In the standings, his squad came in sixth place.