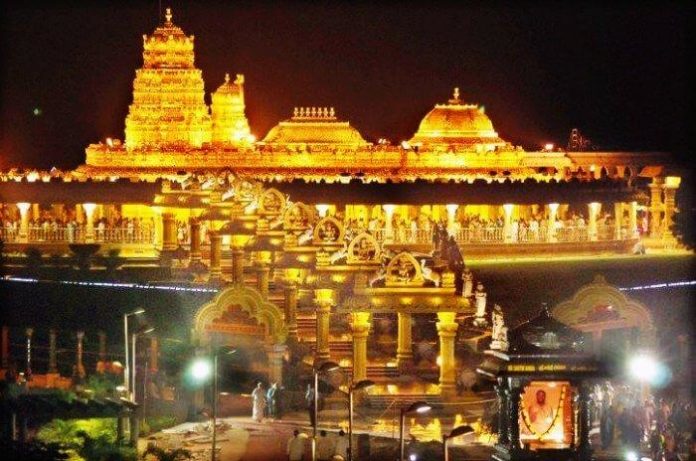 Tirupati: The Karnataka government will soon build a massive pilgrim amenities complex and marriage hall at Tirumala, the hill abode of Lord Venkateswara, at an estimated cost of Rs 200 crore, a temple official said here on Saturday.

The state would soon submit a blueprint for the construction of the Rs 200 crore mega complexes to the Tirumala Tirupati Devasthanams (TTD) that governs the hill shrine.

Consequently, based on the designs, TTD would construct the complexes with the given fund and after completion, they would be handed over to the Karnataka government, he said.

Karnataka Chief Minister BS Yediyurappa would lay the foundation stone for the mammoth complexes on the hills sometime next month, he said. Andhra Pradesh Chief Minister Y S Jagan Mohan Reddy is likely to take part in the programme, he added.

COVID negative report not mandatory for entering this temple from Thursday

Odisha: With devotees no longer required to carry a Covid-19 certificate to enter the Puri Jagannath Temple from Thursday, some semblance of pre-Covid normalcy...
Read more
TEMPLE

Sabarimala: The Sabarimala Lord Ayyappa temple will open for monthly five-day pooja on October 16 amid the rising cases of coronavirus COVID-19 pandemic. The...
Read more
- Advertisment -