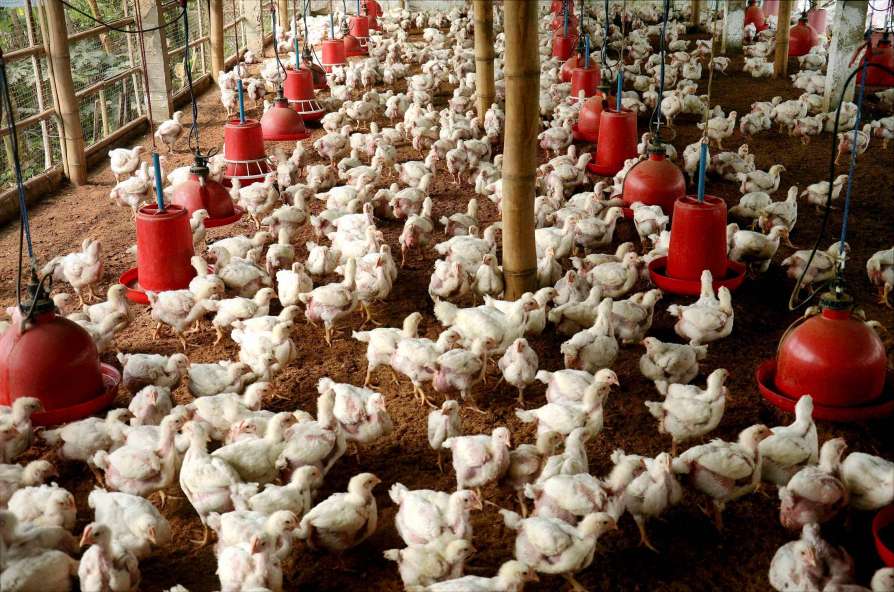 Davanagere: Amid the coronavirus outbreak in India, authorities are now fighting bird flu (Avian Influenza) after more than 6,000 domestic birds were found infected in two districts in Karnataka. The infected birds were culled in Mysore and Davangere since the flu was detected on Sunday.

Abhiram G Shankar, Deputy Commissioner of Mysore district said: Our next step would be a mapping operation to find any remaining infected bird. After that, that there would be ‘combing operation’ to find hidden birds. The third step is likely to be avoided this time as people have been cooperative. Once the two-day sanitization process is over, people can reopen shops for the sale of chicken and eggs.news18 Reported.

The official said seven samples from neighbouring farms in the district were tested, out of which two were found positive for bird flu.

Calling the cases as sporadic he said even the birds were culled as part of precautionary measures and did not show any infection, adding that there is no need to worry about the spread.

In Davangere district, the flu was detected in Bannikodu village of Harihara taluk. Officials visited the village on Tuesday to identify the infected farms and birds. The department of animal husbandry had culled 1,600 birds by Wednesday.

The department officials said the Davangere case surfaced after a poultry farm owner culled thousands of his birds citing fall in chicken prices. The culling was ordered by the district administration after the birds tested positive for the infection.

The district administrations of Mysore and Davangere have ordered culling of birds in a 1 km radius around the villages where the infections were found. The sale of chicken and eggs in a 10 km radius has also been banned till the process of sanitising the farms is conducted. The poultry farm owners will be compensated for the birds culled as per government fixed rate for the birds.

Contrary to rumors about the widespread ban of poultry products in social media, it is suggested that there is no such restrictions except the one imposed with 10 kms of the said villages.