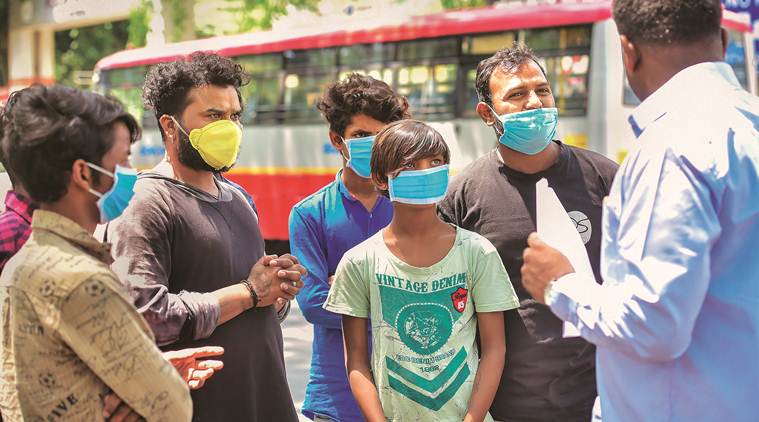 Bengaluru: Karnataka reported 48 Covid-19 positive cases on Friday, a record high single-day rise for the state which had otherwise seen a decline in the number of cases in the last couple of weeks.

Most cases were reported from Davanagere (14), Bhatkal in Uttara Kannada (12), Belagavi (11) and Bengaluru city (6). In Bhatkal, all 12 patients are primary contacts of Patient 659, who had a travel history to First Neuro Hospital in Mangaluru. The hospital was sealed off in the third week of April after it was learnt that some of the Covid patients with symptoms had visited the hospital prior to the testing.

Uttara Kannada district administration said that three persons from Bhatkal too had visited the hospital around the same time and may have contracted the infection during their few hours of stay in the hospital.

Although most family members of P659 developed symptoms within the next few days, they opted for self-medication. Referring to the incident, district-in-charge minister A Shivaram Hebbar warned stern action against Covid suspects who self-medicate and hide it from authorities. The number of Covid cases reported in the state so far is 753, with 30 death.