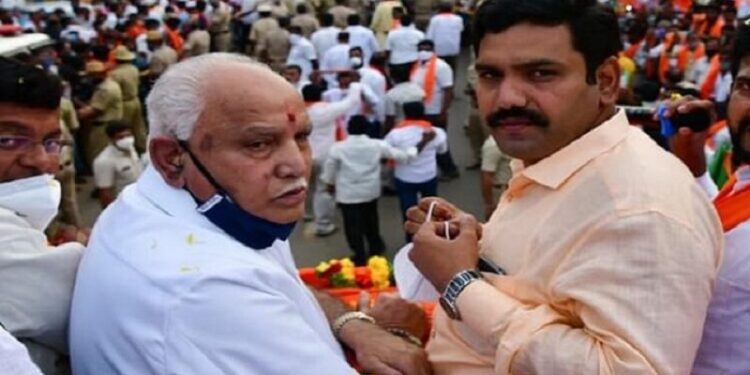 The Central Election Committee of the Bharatiya Janata Party has decided on the following names for the ensuing Biennial Elections to the Legislative Council from Karnataka:

While it was being speculated that former Chief Minister BS Yediyurappa’s son BY Vijayendra would get a ticket, surprisingly his name has not been included in the list. The announcement of the list came as a setback to former CM B S Yediyurappa as the party national leadership refused to field his second son B Y Vijayendra who is vice president of the BJP state unit – as a candidate for the MLC elections.

The last date of submission of filing nominations is today for the seven vacant seats in the Council. The election will be held on June 3. The election was necessitated as the term of office of seven members is going to expire on June 14.

Also Read: RCB top player Harshal Patel injured, will he play or not in Eliminator

Bengaluru: The JD(S) also has decided to field T A Sharavana as its candidate for one of the seats of the Karnataka Legislative Council. More than ten people vying for the candidacy in JD(S). The announcement was made just after BJP released its list of candidates for the MLC elections.

Hubli: In the West Teachers constituency, JD(S) has announced a ticket for Srisaila Ningappa Gadadinni. He will be facing Basavaraj Horatti, who had quit the JD(S) recently to join the BJP.