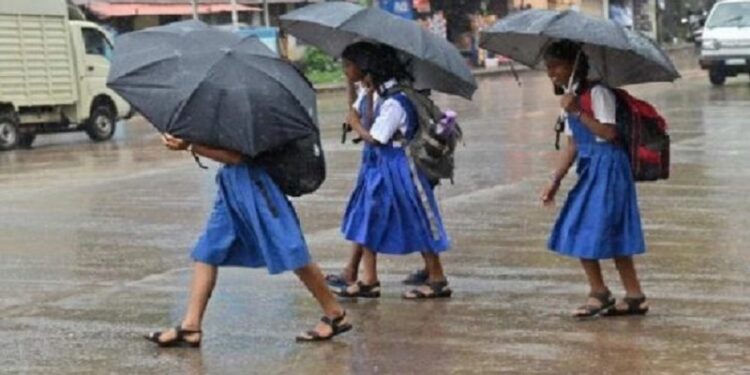 Karnataka government has declared a holiday today for schools and colleges in Bangalore Karnataka Heavy Rainfall. The holiday was been declared due to the heavy rainfall the city witnessed on Monday. The announcement was made by Bengaluru Urban DC, K Srinivas. “Heavy rainfall caused waterlogging in several parts of Bengaluru and several trees were uprooted on Monday.

Karnataka Heavy Rainfall a holiday is declared for schools and colleges in Bengaluru on Tuesday due to heavy rains,” Srinivas said to media. The schools and pre university colleges have been closed for today. Heavy rains are expected to continue in Bangalore District today as well. Despite a school holiday being declared due to the heavy rainfall, many schools were already closed on the account of Ganesh Chaturthi 2022.

The Karnataka Chief Minister, Basavaraj Bommai visited the flood hit areas in Ramnagar District and also inspected the damage caused to crops due to the heavy rains, which resulted in the breach of Bakshi Lake in the city. The Chief Minister addressed the problems of the people and promised to work towards providing them with relief. Officials were also given instructions to take up the repair works of Bakshi Lake immediately.

Along with the Chief Minister, Revenue Minister R.Ashok, Higher Education and District-in-Charge Minister Dr. C.N.Ashwath Narayana, former CM and Channapatna MLA H.D.Kumaraswamy and Ramanagar MLA Anitha Kumaraswamy were also present with him to assess the situation caused by the floods.