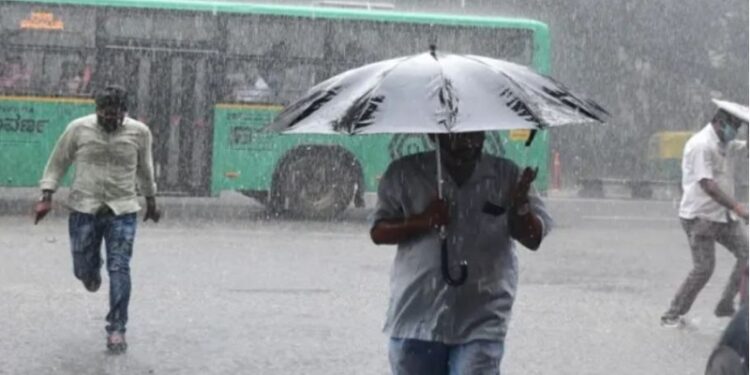 Red Alert has also been announced. The India Meteorological Department, which has released information about this, has announced a red alert due to the possibility of more than 20.44 cm of rain in Kodagu and Hassan districts of the state. Still 11.56 seconds in Mysore, Chikkamagaluru, Dakshina Kannada and Udupi districts.

20.44 s from Meeta. An Orange Alert has been announced due to the expectation of heavy rainfall. Apart from this, yellow alert has been issued in Mandya, Tumkur, Bellary, Shimoga, Chitradurga, Haveri, Uttara Kannada, Gadag, Bagalkote, Koppal and Belgaum districts.

Bengaluru, 3 districts of Coastal Karnataka and hilly areas of the state are receiving Heavy Rainfall alert. Yellow alert has been issued for Kodagu, Shivamogga, Uttara Kannada, Dakshina Kannada, Udupi and Chikkamagaluru districts from today. A yellow alert has been issued for Bengaluru city and rural areas as thunderstorms are forecast in many parts of southern hinterland.