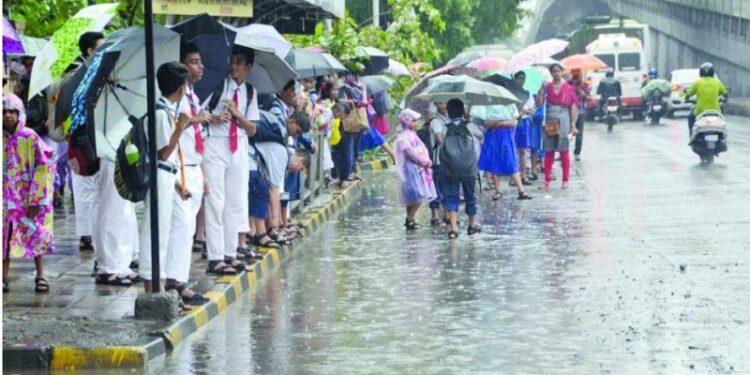 The India Meteorological Department (IMD) has announced a red warning till August 5 in Dakshina Kannada and Udupi districts in view of heavy rainfall forecast in the region. A red warning has also been issued for Kodagu on August 4, and in Chikkamagaluru and Shivamogga district on August 5. Karnataka Heavy Rainfall: announced school holiday in this place.

Also Read: Flipkart Big Sale: Up To 80% off On Oppo, Apple, Vivo, Samsung

In view of these forecasts, a red warning (meaning ‘take action’) has been issued over Coastal and South Interior Karnataka for the next three days (until August 5). This will be followed by an orange alert (meaning ‘be prepared’) over the entire state on Saturday (August 6) so as to warn locals of the inclement weather.

Also Read: Karnataka: schools colleges holiday in these places due to heavy rainfall

IMD issued Heavy Rainfall alert Uttara Kannada, Udupi, Dakshina Kannada, Kodagu, Chikmagalur and Shimoga districts will be on red warning until August 5. Bengaluru, Chamarajanagar, Mysore, Bagalkot, Tumkur and Bellary districts will fluctuate between yellow (‘be updated’) and orange (‘be prepared’) alerts for the rest of the week.