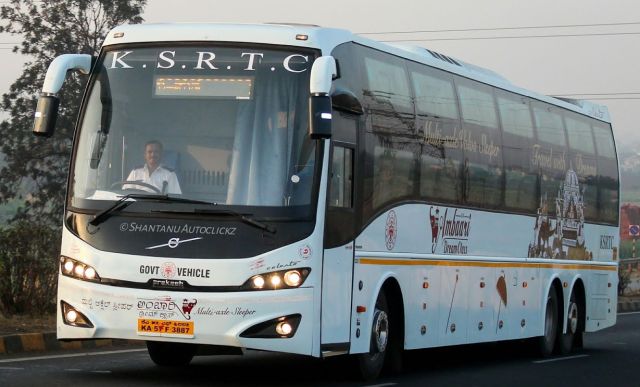 Bengaluru: The Karnataka government was expected to take a call on resuming operation of inter-state buses after getting consent from other states. The Karnataka State Road Transport Corporation (KSRTC) has already started its intra-state services with several restrictions, but was yet to decide on resumption of bus operations outside Karnataka. “We have not decided yet to operate buses.

Other states have to agree for the inter-state movement of buses,” a KSRTC official said on Sunday. The Centre had on Saturday announced the lockdown exit plan ‘Unlock 1’ that allowed among others reopening places of religious worship and restaurants. Mall and shopping complex owners in Karnataka are also preparing to open their doors to customers while complying with safety protocols.

As an immediate measure we are sanitising the entire complex. We will place sanitisation tunnels. We will be sanitising the railings. We have to sanitise the central air conditioner. We are calling the experts and doing it, Dr Uday B Garudachar, Chikpet MLA and owner of Garuda Mall told PTI. He also demanded that the government consider providing concession in power tariff and waive property tax due to heavy loss incurred by the shopping malls.

Our association has given a representation to Chief Minister B S Yediyurappa and put forth our various demands to overcome the losses we have suffered, which runs in crores, the MLA said. Meanwhile, the Karnataka Pradesh Hotels and Restaurants’ Association was elated with the state government’s decision to lift restrictions on the hotel industry. “We are fully prepared to resume our business. We will abide by the guidelines such as wearing masks, social distancing, gloves and so on,” Association President Chandrashekar Hebbar told media.

Lockdown 5.0 UP Guidelines: Salons, supermarkets allowed to open with conditions