“I've asked BBMP commissioner, ministers and police commissioner to hold discussions and clear the confusion," the Karnataka CM said while speaking to reporters 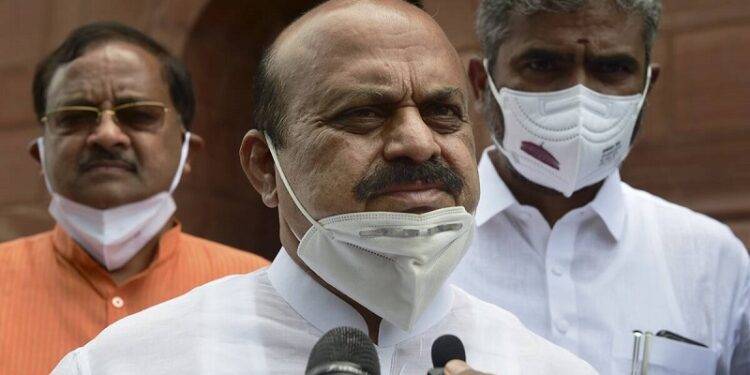 Regarding the festival of Ganesh Chaturthi, Karnataka Chief Minister Basavaraj Bommai on Thursday said the state government has taken a decision and Bruhat Bengaluru Mahanagara Palike (BBMP) has taken its own.

“I’ve asked BBMP commissioner, ministers and police commissioner to hold discussions and clear the confusion,” the Karnataka CM said while speaking to reporters. Bommai also informed that a meeting will be held and a final decision will be out by today evening.

The Karnataka government has banned animal slaughter and sale of meat ahead of Ganesh Chaturthi celebrations. “BBMP bans slaughter of animal and meat sale on September 10, 2021, on Ganesha Chaturthi,” an official order by the Joint Commissioner of the Bruhat Bengaluru Mahanagara Palike read.

Earlier, on 5 September, the Karnataka government informed that no more than 20 people will be allowed for celebrations and immersion of the Ganesha idol. “No celebrations will be allowed after 9 pm. Night curfew to remain in effect during the festival to curb the spread of the Covid-19 pandemic,” read the Standard Operating Procedures issued by the government.

The notice further informed, “No processions will be allowed. Only eco-friendly Ganesha idols will be allowed. Distribution of food and prasad will not be allowed during Ganesh Chaturthi celebrations. No function to take place in districts with more than 2 per cent positivity rate in view of the pandemic.”