by News Next Desk
in KARNATAKA, LATEST NEWS, TEMPLE 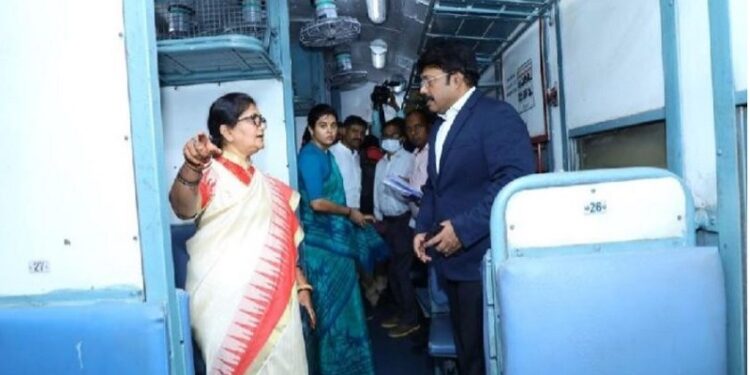 “Special Discount of Rs. 5000/- per person by Govt. of Karnataka”.  The first train of this project will depart from Bengaluru on November 11 and it is being planned to be launched by Prime Minister Narendra Modi, said Hon’ble  Minister for Muzarai, Haj & Wakf Shashikala Annasaheb Jolle.

She has issued a media release about today and expressed happiness that the booking of the ambitious project has started. This special package tour has been organized with the intention that the devotees of the state of “Divya Kashi – Bhavyakashi” which has been rebuilt by Prime Minister Narendra Modi’s concern, can visit in large numbers and get darshan of Kashi Vishwanath.

Boarding of this train departing from Bengaluru is also provided at major stations in North Karnataka. This train will travel to Kashi, Ayodhya and Prayagraj via Bengaluru, Birur, Haveri, Hubli, Belgaum and Rayabhaga.

The Karnataka government will give a subsidy of Rs 5 thousand rupees to each person who takes this tour package with IRCTC. The price of this package is originally Rs 20 thousand rupees, and passengers only need to pay Rs 15,000 rupees. The remaining Rs 5000 will be given by the Government of Karnataka in the form of subsidy.

Boarding and De-boarding at Belagavi, Raybag