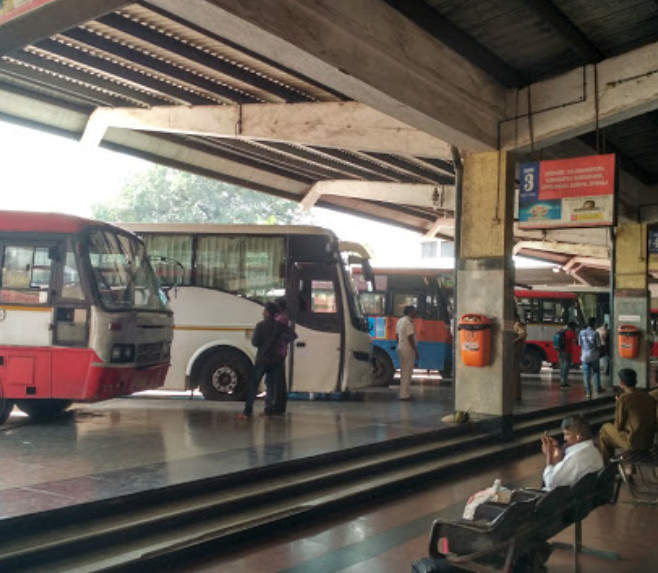 Mangaluru: Karnataka State Road Transport Corporation (KSRTC) buses continue to ply on roads in Mangaluru despite a statewide bandh being observed by various farmers’ organisations on Monday against the amendments to the agricultural produce market committee (APMC), land reforms ordinances and labour laws introduced by the B S Yediyurappa government.

Similarly, normal traffic movement was seen in Shivamogga. However, the police force has been deployed in Kalaburagi in the wake of a statewide bandh. While Protesters tried to stop a bus in Hubli by blocking road amid a statewide bandh today. However, Passengers arrived at Majestic Bus Station, Bengaluru to board a bus.

Meanwhile, All India Kisan Sabha and other organisations protest in front of Hemavathi statue in Hassan and held a bike rally. On the other hand, some farmers’ organisations offer flowers to shopkeepers in Hubli, requesting them to support the statewide bandh. The bandh has been called in to protest against Farm Bills that has now become acts, land reform ordinances, amendments to Agricultural Produce Market Committee (APMC) and labour laws.

The Bills that have now become acts are- The Farmers Produce Trade and Commerce (Promotion and Facilitation) Act, 2020, The Farmers (Empowerment and Protection) Agreement on Price Assurance and Farm Service Act, 2020 and The Essential Commodities (Amendment) Act, 2020.

On September 27, Deputy Chief Minister Laxman Savadi warned that acts of damaging public property, if any, will be dealt with strictly and assured the public that there will be no disruption in transport services in the state.

IPL 2020: ‘That was the worst first 20 balls that I have ever played’: Rahul Tewatia