Home » Karnataka asks doctors to gear up for covid-19 duties for another six months: R. Ashok

Karnataka asks doctors to gear up for covid-19 duties for another six months: R. Ashok 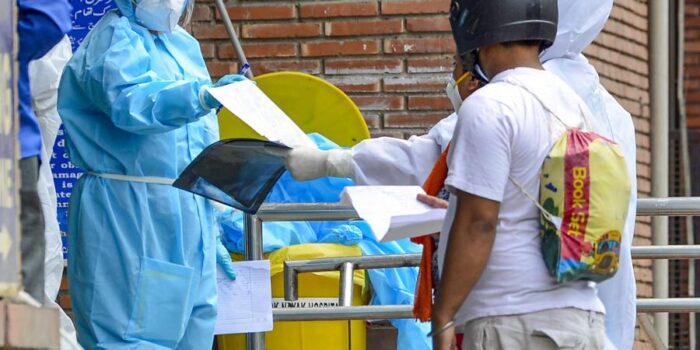 Bengaluru: The Karnataka government has asked doctors to mentally prepare themselves for covid-19 related duties for the next six months at least, anticipating an increase in the number of cases in the state and particularly in Bengaluru.

“We have met doctors and told them to be mentally prepared as we would require them to continue this work at least for another six months,” said R. Ashok, Karnataka’s revenue minister, also in-charge of Bengaluru, on Monday. He even hinted that the government is likely to take some decision that would restrict movement of people. The state will implement strict lockdown on all Sundays after 5 July and has extended night curfew by an hour among other measures to help contain the problem.

“After 7 July there will be several changes taken by the chief minister,” he said. The government is reportedly awaiting the completion of the 10th grade exams that is scheduled to end on 5 July. Karnataka’s covid-19 tally surged past 13,000-mark on Sunday, with a record 1267 persons testing positive for the virus, including 783 from Bengaluru. According to experts, Karnataka may witness a spike in the number of positive cases in July and August. The state’s coivd19 tally may touch the 25,000- mark by mid-August. Earlier lauded for its efforts to contain the spread, the B.S.Yediyurappa-led state government has found itself on the backfoot after a spike in cases.

The state government has been criticised for bad food being provided to the patients and poor hygiene across facilities. Shortage of beds and high cost of treatment are issues the government is yet to address. After a meeting with representatives of private hospitals, the government announced that the former will set aside about 50% of its beds for covid-19. Ashok said that private hospitals would make available about 2,000 beds in phases and about 750 would be available from Tuesday itself.

The challenge before us is to arrange beds for the increasing number of patients,” Ashok said. The government is in talks with private hospitals to reserve more beds for covid-19 treatment, the minister said, adding that it is also planning to increase the number of beds at covid care centres which will be dedicated to asymptomatic persons.