As Karnataka Extends Shutdown amid Coronavirus Outbreak, Here’s a List of all That’s Open & Shut 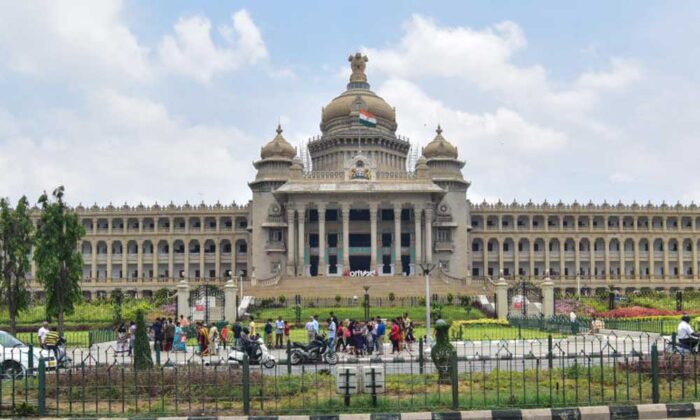 Bengaluru: It has been two weeks since the first positive COVID-19 case from Karnataka was reported on March 9. Subsequently, the state has seen 15 people test positive, including the death of a 76-year-old man from Kalaburgi district on March 10.
While Karnataka was among the first few states to close down primary schools on March 9, all educational institutions in the state will remain shut till March 31, Chief Minister BS Yediyurappa said.
On Friday, the government ordered all restaurants to stop table services till March 31. Hotels can, however, operate their kitchens and prepare food that can be made available for take-away services. Earlier, restaurants were allowed to remain open keeping 1m distance between tables. No liquor stores, bars and pubs will be open till month end.
In Sandalwood, as the state’s film industry is popularly known, shoots have been stalled. While the Karnataka Film Chamber has said shoots will be discontinued, some small-budget TV shows that do not have bank episodes said they would continue to shoot but with a smaller team.
On March 13, after a detailed discussion with health officials, the chief minister directed the closure of all malls, multiplexes, pubs and nightclubs, summer camps, swimming pools and suspended sporting events, marriages, exhibitions, seminars and conferences across the state for a week. This lockdown was then extended to March 31.
However, government offices haven’t been given the work-from-home option yet, while Assembly budget session is also underway. Markets, grocery and dairy stores will continue to remain open.
Parks within the Bruhat Bengaluru Mahanagara Palike (BBMP) limits are also open, but an advisory stating that open-gym equipment inside the parks must strictly not be used.
Transport services like the metro, trains and buses continue to function, however, trains like the Janshatabdi and buses on several intra-state routes have been cancelled due to dwindling number of passenger.
The Karnataka State Road Transport Corporation (KSRTC) has recorded revenue losses to the tune of Rs 10.86 crore in the past two weeks. State buses to Ooty in Tamil Nadu have also been stopped till month-end.
The government has sent out advisories to all IT/BT and private firms across the state to ask their employees to work from home whenever possible. However, no mandatory directive on closure of offices has been given yet.
Deputy CM and IT/BT Minister Ashwathnarayan, who held a meeting with chiefs of software companies on Friday, has reportedly been requested to come up with a statement asking all private companies, except those involved in essential and critical operations, to allow work from home.
The company heads told him that once the government makes it mandatory, individual firms would have to enforce it.
The minister is said to have assured them of taking such a decision soon.
Since four of the positive patients in the state are reportedly IT professionals, the companies they were associated with, took stringent measures of sanitisation on the campus and have switched to work-from-home mode.
IT giant Infosys has vacated its Mysuru campus and asked about 7000-odd trainees to work from home.
Worse hit are the manufacturing companies and MSMEs that work out of industrial areas like Peenya in Bengaluru. The economic slowdown coupled with this partial shutdown has left many of these industries in a lurch.
“From working in three shifts a day, we are now only functioning at two shifts per week. How can manufacturing be done from home? We are not getting any relief from the banking sector either. This way, we will just have to shut shop,” said Jocob Crasta, chairman of L Square Eco-products.
Within Bengaluru city, the BBMP has also swung into action by issuing advisories to paying guest accommodations, hostels and resident welfare associations (RWAs) on hygiene protocol to be followed.
Many PGs had started asking its inmates to vacate given that colleges and universities were shut. However, the BBMP came out with a clarification that it wasn’t asking PGs to close down, but instead maintain basic cleanliness. The civic body has asked the RWAs to inform health officials if any resident has any recent travel history abroad.
Places of worship have also decided to take it upon themselves to remain shut temporarily. ISKCON’s two premises in the state have been closed until further notice.
The Bangaluru Archdiocese has said it will keep churches open for personal prayer, however, holy mass will not be held.