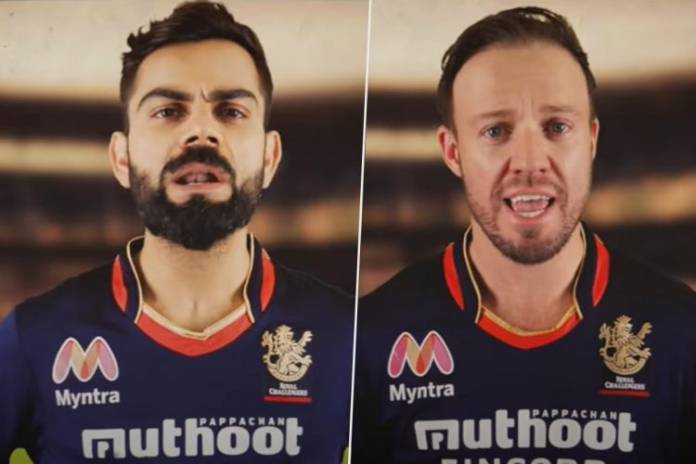 Bengaluru: Virat Kohli-led Royal Challengers Bangalore on Friday released an anthem featuring its team members. The anthem, with ‘Play Bold’ theme, sets the mood for the 14th edition of Indian Premier League (IPL), but has upset a section of Kannadiga fans.

The high-octane music video has lyrics in Hindi and English with a line or two in Kannada. While majority of RCB fans loved the upbeat anthem, some Kannadiga fans were disappointed over the minimal use of the regional language in the anthem.

The Bengaluru franchise had received similar criticism last year as well. “Welcome back to where we left last season. 49% Hindi, 49% English and 2% Kannada. And our dear Kannadigas demand for Kannada but won’t move towards the team which uses Kannada. #RCBAnthem,” said a user on Twitter.

Uploaded on team’s official YouTube channel, the 1.47-minute video this year is a montage of its players and fans expressing their love for the team. It has garnered over 8 lakh views within a day. The video is drawing attention of netizens, especially after RCB beat defending champions Mumbai Indians in the inaugural match of IPL 2020 by two wickets at the MA Chidambaram Stadium in Chennai.

Several fans expressed their disappointment in Kannada, and used hashtags like #StopHindiImposition and #Serveinmylanguage. “To same last year’s song you have added 2 -3 kannada words in the middle. Rest all same song. Why can’t you make a pure Kannada lyrical song for same tune? You could have made 2 songs 1 with this lyrics and other with complete kannada,” wrote another user.