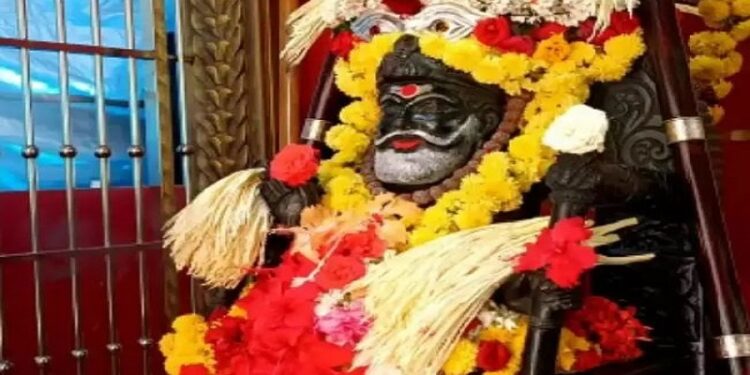 Sudhir Attavar is directing ‘Kari Haida Kari Ajja’. Recently, the Muhurta ceremony of this movie was held in a grand manner.There is a lot of discussion about the gods of Tulunad these days. After the ‘Kantara Movie’ showed an eye-catching display of daiva worship, the interest of people from different parts of the country has increased. Kannada movie ‘Kari Haida Kari Ajja’ based on Koragajja Daiva will be produced; Here is details.

‘Kari Haida Kari Ajja’ will be produced by Dhruti Creations and Success Films banner. Trivikram Saplya is investing. Sudhir Attavar has taken the responsibility of direction. Recently, the Muhurta ceremony of this movie was held in a grand manner. MLA Mr. Harish Poonja initiated the work of the film by running the camera at the historic Sri Anantheshwara temple in Beltangady taluk. Matrusree Kamala K. Sapalya showed the starting panel.

There were attempts to make a film about Koragajja Daiva from earlier. Now Sudhir Attavar has decided to make a film with a lot of information art. The film team claims that they are trying to show people many things that no one knows about the real life of Koragajja around the time of the 12th century.

Also Read: Heavy Rainfall in Karnataka from Tomorrow in these places

Kabir Bedi will play a special role in this film. A new artist called Bharat Surya is being introduced through the movie ‘Kari Haida Kari Ajja’. Compiled by Vidyadhar Shetty, Pawan V. Kumar, Ganesh Kelamane will do the cinematography, Sudhir-Krishna Ravi will compose the music.