by News Next Desk
in ENTERTAINMENT, LATEST NEWS, KARNATAKA 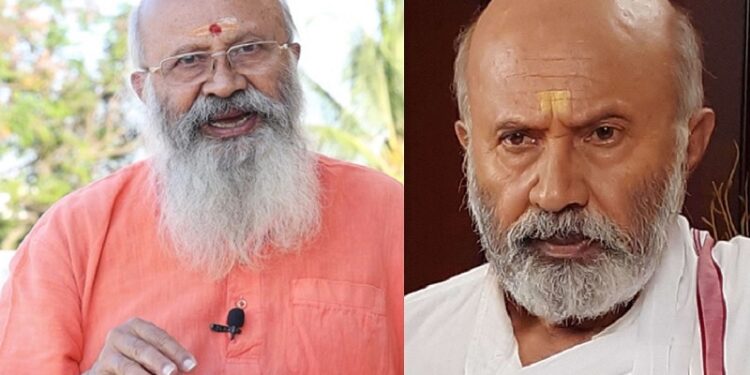 Kannada Famous Senior Actor Shivaram has been admitted to Prashanth Hospital in Bengaluru after fell down in home. Another famous Senior Actor Srinivas Murthy confirmed to media that Shivaram is critical and receiving treatment in the Intensive Care Unit (ICU).

Shivaram is an Indian actor, producer and director whose Kannada cinema career has spanned six decades. He has played roles including lead hero performances, character roles, comedic roles, as well as supporting parts. He teamed up with his elder brother, S. Ramanathan and produced several films under the name Rashi Brothers apart from directing Hrudaya Sangama in 1972.

The brothers together produced few Bollywood films as well. As an actor, Shivaram has the distinction of working with many stalwart directors out of which his association with Puttanna Kanagal is much remembered. He has been a part of all the seven Kannada movies directed by Singeetam Srinivasa Rao starring Rajkumar.

Shivaram was born in a middle class Hindu Brahmin family in Choodasandra Village in Madras Presidency, a place bordering the Karnataka and Tamil Nadu states. After having his primary education completed, he moved to Bangalore city.

Shivaram’s first appearance as an actor on the silver screen was with Beratha Jeeva in 1965 directed and co-produced by K. R. Seetharama Sastry. Meanwhile, he was assisting various prominent directors like K. S. L. Swamy, Geethapriya, Singeetam Srinivasa Rao and Puttanna Kanagal.

Month before Puneeth Rajkumar, one of the biggest stars of India’s Kannada-language film industry, died of a cardiac arrest in Bengaluru. He was 46.

Puneeth was born to Rajkumar, the biggest star of Kannada cinema during his lifetime, and producer Parvathamma Rajkumar. Puneeth Rajkumar developed chest pain in the morning and visited his family doctor for an ECG. Following the ECG, he was asked to rush to the hospital. He arrived at Vikram Hospital in a serious condition.

Gold price down Rs 8,000 from Record high amid Omicron fear: Check today rate in you city