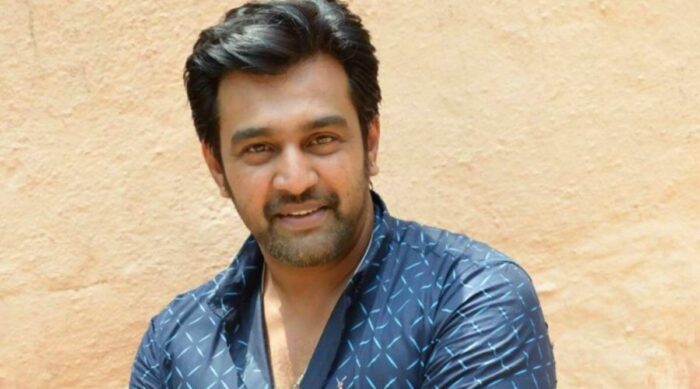 Bengaluru: Sandalwood actor Chiranjeevi Sarja, nephew of south Indian actor Arjun Sarja, died on Sunday in Bengaluru. Sagar Apollo hospitals confirmed his death to media. The cause of death is still unclear, and the hospital is expected to make a statement shortly.

Family members say that he was healthy and would work out during the lockdown. Sources at the hospital said that he was brought to the facility in an unconscious state. His body is currently at Sagar Apollo Hospital and will be handed over to the Jayanagar Police for an autopsy.

Chiranjeevi Sarja was born in Bengaluru on October 17, 1980. He completed his schooling in Baldwin Boys High School Bengaluru and graduated from Vijaya College.  Kickstarting his career as an assistant director for his uncle Arjun Sarja’s movies for four years, Chiranjeevi made his Sandalwood acting debut with the lead role in the 2009 Kannada movie Vayuputra. He has acted in 19 films so far. Two of his films, Khaki and Aadya, were released this year in January and February respectively.

Chiranjeevi is survived by his wife Meghana. The couple got married on May 2, 2018 after dating for 10 years. His debut in Vayuputra won him the Innovative Film Award for Best Debut Actor (Male). His film Rajamarthanda is yet to be released, with post-production work underway. Shooting for three other films in which Chiranjeevi was to play the lead role including April, Ranam and Khatreya, were halted due to the lockdown.  Chiranjeevi’s brother Dhruva Sarja is also a Kannada actor. Both are grandsons of veteran Kannada actor Shakti Prasad.

OnePlus 8 goes on Sale today at 12 Noon via Amazon, here is Price and Specifications

OnePlus 8 goes on Sale today at 12 Noon via Amazon, here is Price and Specifications