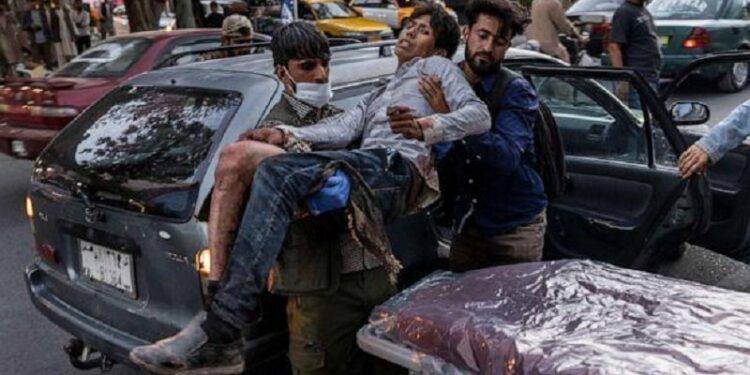 The death toll from Kabul Airport blasts has crossed 100 with more than 150 others wounded, Aljazeera reported as the ISIS-K (the Islamic State offshoot) claimed responsibility for the attack.

The explosion also at least 13 US troops, with President Joe Biden vowing to hunt down those responsible. “We will not forgive. Will not forget. We will hunt you down and make you pay,” President Biden said, adding that the attack near Kabul’s airport will not stop the United States’ mission to evacuate American citizens and Afghan civilians from Afghanistan.

Asked by a reporter if he bore any responsibility for the death of the US service members killed Thursday, Biden said: “I bear responsibility fundamentally for all that’s happened of late.” “We’re probably going to have to go back into Afghanistan to get ISIS,” former defense secretary and CIA director Leon Panetta told media.