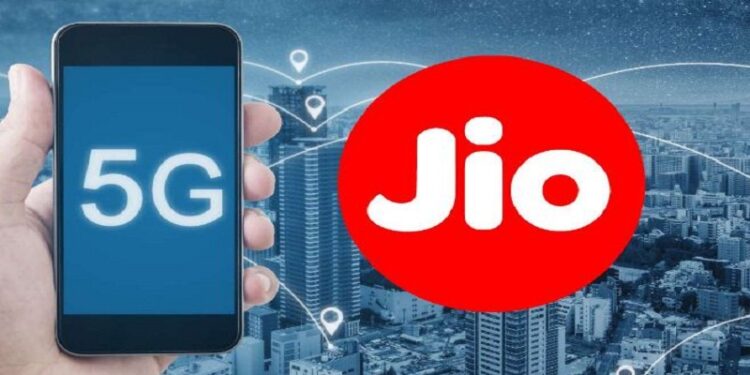 700 MHz band is being used as the core band for 5G worldwide. The US and the European Union have also declared it a ‘premium band’ for 5G service. There are many reasons why this band is popular all over the world.Jio is the only operator to have purchased 700 MHz band spectrum

With the auction of 5G spectrum, the opportunity for 5G service in India is open. Jio is the only operator among all 22 telecom circles to purchase 5G spectrum in the premium 700 MHz band, considered optimal for 5G. All managers were waiting for this band. But Jio has taken an early lead in the 5G race with this premium 700 MHz band. 700 MHz band is being used as the core band for 5G worldwide. The US and the European Union have also declared it a ‘premium band’ for 5G service. There are many reasons why this band is popular all over the world.Jio is the only operator to have purchased 700 MHz band spectrum

Telecom sector expert Rohan Dhamija attributes 700 MHz to its superior indoor and outdoor coverage as the main reason for its popularity. Because of its low frequency band, its signals can penetrate anywhere inside buildings. That means its indoor coverage is excellent. Hence 700 MHz band is considered suitable for densely populated areas and heavy data usage areas.Another reason is that its outdoor range is long. A single tower in the 700 MHz band provides a range of up to 10 km. Because of its long range, operators can install fewer towers, reducing operating costs. So, though expensive, this band is suitable for affordable 5G services.

n a country like India where a large number of people live in villages, the wide coverage of the 700 MHz band helps connect rural India. That means, 5G will not be limited to cities. Its benefits will surely reach the villages. Communications Minister Ashwini Vaishnav said the 700 MHz band will help provide connectivity in remote rural/congested areas.

The third and most important thing is that it is proficient in handling data traffic. This band supports standalone 5G networks. Experts agree that the 700 MHz band is 5 times more efficient than 1800 MHz and twice as efficient as 900 MHz. 26 GHz is a high-frequency millimeter band speed. But has a very limited scope. Also, it is cheaper to provide broadband services at 700 MHz as compared to 2100 MHz.Recently, Reliance Jio has bought the most spectrum in the 5G spectrum auction process. A total of Rs 88078 crore.

We celebrate Azadi Ka Amrit Mahotsav with the introduction of 5G across India. We are ready to provide world class 5G network at affordable price.We provide services, platforms and solutions that accelerate India’s digital revolution, especially in critical sectors like education, healthcare, agriculture, manufacturing and e-governance and another proud contribution to the Digital India mission of the Hon’ble Prime Minister.”