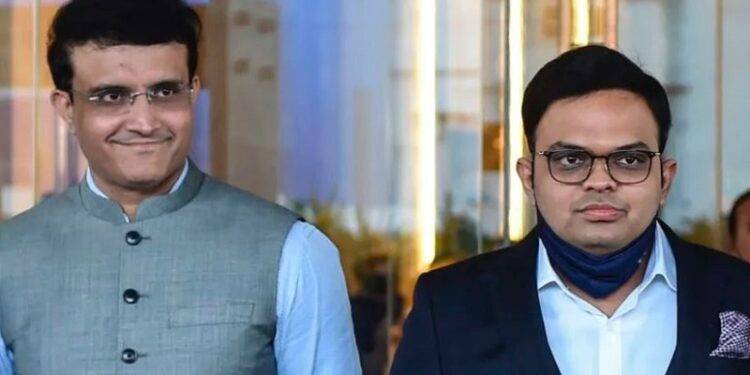 The annual general meeting will be held next month, a media reported that Jai Shah may be appointed as the BCCI president. Jai Shah will become BCCI president? Currently, Jay Shah is also working as the president of Asia Cricket Association (ACC). Sourav Ganguly is likely to be nominated for the post of International Cricket Committee (ICC) director.

The Supreme Court on Wednesday allowed the amendments proposed in the BCCI constitution by which its president Sourav Ganguly and secretary Jay Shah can retain their respective positions without having to serve the mandatory three-year cooling-off period. The Board of Cricket Control of India (BCCI) in its proposed amendments had sought relaxation of the cooling-off period for its office bearers that could enable Ganguly and Shah to continue in office as president and secretary for a second three-year term beyond September 30, 2022.

Ganguly, a former India Captain, and Shah have held the top positions in the BCCI since October 2019. A bench of Justices D.Y. Chandrachud and Hima Kohli held that an office bearer can have continuous tenure of 12 years which could include six years in the state association and six years in the BCCI before the three-year cooling-off period comes to play.

The top court also modified a clause with respect to the bar on the ministers, public servants or persons holding public offices from contesting BCCI elections and removed “persons holding public offices” from the ambit of disqualification. “Having considered the application, we are of the considered view that the proposed amendments should be accepted,” the bench said while noting that solicitor general Tushar Mehta, appearing for the BCCI, has submitted that the amendments suggested by the amicus curiae are acceptable to the cricket board.

“The purpose of the cooling-off period is not to create undesirable monopolies in the administration of cricket,” the bench said, adding it has provided a cooling-off period at two levels one after the end of two consecutive terms at any level and another after completing 12 consecutive years in State and BCCI combine. While there was no immediate reaction from Ganguly and Shah, those tracking the developments said some changes in the BCCI hierarchy can’t be ruled out, but in which form or shape isn’t clear.

Some of the questions that are doing the rounds include: Will we see Ganguly continue in BCCI as its President? Or can we see him in the ICC? Will Jay Shah be elevated by the members of the BCCI as President? There is also a strong buzz in BCCI circles that an election could be in the offing.